KF Aerospace has announced a US$23 million expansion of its aircraft maintenance, repair and overhaul facility at John C. Munro Hamilton International Airport (YHM) in Ontario, Canada. Adding 150,000 square feet and over 275 new jobs, the project will drive new growth for Hamilton, the airport and surrounding region. 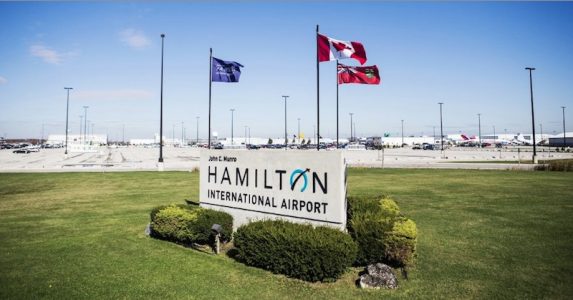 The centerpiece of the project is a new 75,000-square-foot hangar, introducing wide-body aircraft capability and additional lines of maintenance to KF’s Hamilton operation. It’s expected to triple KF’s business in the Hamilton marketplace, expanding the company’s ability to support the country’s fastest growing airport and its international cargo and passenger airline partners.

The project will bring steady, full-time jobs to the region over the next four years. According to KF Aerospace Founder and CEO Barry Lapointe, the expansion reflects the company’s long-term commitment to the city.

“We’ve been operating in Hamilton for almost 25 years and are incredibly excited to be investing further in the community,” he said. “This expansion will allow KF to bring international customers to Canada to showcase our staff’s exceptional maintenance skills.”

“Getting hands-on experience is the hallmark of a Mohawk education,” said Mohawk College President Ron McKerlie. “This partnership with KF Aerospace ensures our Aviation students get real-life learning experiences in a modern, state-of-the-art facility.”

Design, manufacturing, and construction of the new buildings will be kept in Canada. KF has contracted firms Ledcor Construction and NA Engineering for the project, and the hangar is being pre-fabricated in Brandon, Manitoba.

Construction on the wide-body hangar is expected to be complete in October 2019, and Mohawk will commence classes in its new facility in August 2020.