“The U.S. is one of the most important locations for us, and producing electric cars in Chattanooga is a key part of our growth strategy in North America,” said Dr. Herbert Diess, CEO of Volkswagen AG. “The management team, led by Scott Keogh, is committed to continuing to increase our market share in the coming years. Together with our ongoing investments and this increase in local production, we are strengthening the foundation for sustainable growth of the Volkswagen brand in the U.S.”

In addition to Chattanooga, Volkswagen is building the first dedicated EV production facility in Zwickau, Germany, starting MEB production by the end of 2019. Volkswagen will also add EV production at facilities in Anting and Foshan, in China, in 2020, and in the German cities of Emden and Hanover by 2022.

Volkswagen’s Chattanooga facility is more than 3 million square feet and situated on 1,400 acres. In 2011, the Chattanooga plant became the first and only automobile manufacturing facility in the world to be certified LEED Platinum. The Volkswagen midsize Atlas SUV and Passat sedan are currently built in Chattanooga. More than 100,000 Atlas SUVs and 700,000 Passats have been manufactured at the plant.

“The shift toward electric vehicles is a trend that can be seen worldwide, and Volkswagen’s decision to locate its first North American EV manufacturing facility in Chattanooga underscores Tennessee’s manufacturing strength and highly-skilled workforce,” said Gov. Bill Haslam. “As one of Hamilton County’s top employers, these additional 1,000 jobs will have a lasting impact on the region. I thank Volkswagen for its partnership and also applaud the company for its ongoing commitment to education and workforce alignment, which helps Tennessee build a pipeline of talent for years to come.”

“Today’s announcement is a tremendous win for Tennessee as it shows that our state continues to be a prime location for foreign direct investment,” said Tennessee Department of Economic and Community Development Commissioner Bob Rolfe. “With a current workforce of 3,500, nearly 20 percent of Tennesseans employed by German companies are employed by Volkswagen. We appreciate Volkswagen for its continued confidence in our state and for the addition of 1,000 jobs in Hamilton County.”

Tennessee ranks No. 1 in the nation for automobile manufacturing employment concentration. The state is also home to three major automotive assembly plants and more than 900 suppliers that operate in 88 of the state’s 95 counties. 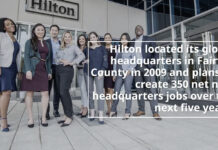