Microsoft Corporation will inject significant capital investment to expand its existing enterprise data center in Mecklenburg County, VA, creating more than 100 new jobs. The project is Microsoft’s sixth expansion at the facility since 2010 and will allow the company to further enhance its ability to serve customers in the U.S. and across the globe. Virginia successfully competed against multiple states for this significant investment. 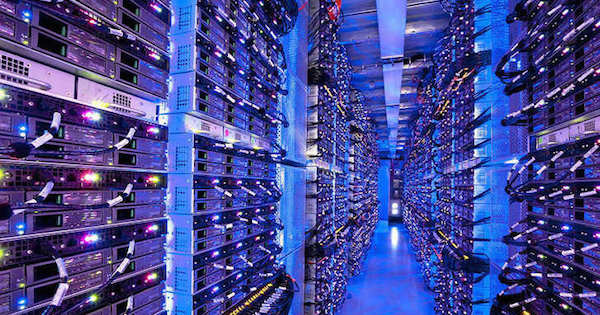 “As demand for cloud and online services continues to grow, Microsoft is investing in Virginia as a strategic location to help us deliver for our customers,” said Noelle Walsh, corporate vice president, Cloud Operations + Innovation, Microsoft Corp. “Mecklenburg County has been a good home for Microsoft, and we’re committed to supporting the community through local partnerships to help deliver economic, social, and environmental benefits such as expanding access to high-speed broadband services and supporting skills training for positions in the information technology industry. We’ve also invested to increase the amount of renewable energy available and help others access more renewable energy. In May 2018, Microsoft announced the purchase of 315-megawatts of energy from two new solar projects in the Commonwealth of Virginia, which represented the single largest corporate purchase of solar energy in the United States.”

The Virginia Economic Development Partnership worked with Mecklenburg County and the General Assembly’s Major Employment and Investment (MEI) Project Approval Commission to secure the project for Virginia. Governor Ralph Northam approved a $1.5 million grant from the Commonwealth’s Opportunity Fund to assist Mecklenburg County with the project. The company is also eligible for Data Center Sales and Use tax exemptions on qualifying computer equipment and enabling software.

“When Microsoft established its new enterprise data center in 2010, it represented the largest economic investment in southern Virginia history, and we have been thrilled to see the company continue expanding in the Commonwealth ever since,” said Gov. Northam. “Microsoft’s sustained investment in Virginia has created hundreds of new jobs for our citizens and advanced our position as a leader in information technology. We thank Microsoft for its tremendous contribution to the economies of Mecklenburg County and to the Commonwealth as a whole.”

Headquartered in Redmond, WA with revenues surpassing $100 billion and more than 134,000 employees worldwide, Microsoft enables digital transformation for the era of an intelligent cloud and an intelligent edge. Microsoft has created nearly 1,800 jobs in Virginia, with approximately 300 jobs at Microsoft locations in Mecklenburg County.

“Microsoft and the Commonwealth boast a rich history of successful corporate partnership, and we are thrilled that the company’s sixth expansion in Mecklenburg County will bring more than 100 new jobs to Virginia,” said Secretary of Commerce and Trade Brian Ball. “Microsoft’s state-of-the-art data center is thriving due to the region’s premier assets and infrastructure, which include a density of fiber and competitively priced power. Thanks to industry leaders like Microsoft, Virginia remains the largest data center market in the U.S., and we look forward to the company’s continued growth in Mecklenburg County.”

“Microsoft’s economic impact on Southern Virginia is invaluable, and we thank the company for its sixth major investment in Mecklenburg County since 2010,” said Senator Frank Ruff, Chairman of the MEI Commission. “State and local partners have worked tirelessly to ensure the company’s continued growth in the region, and I am pleased that the MEI Commission could play a role in securing this important expansion for the Commonwealth.”