By the BF Staff
From the September/October 2018 Issue

Toyota Canada recently announced it is investing $1.09 billion into its Cambridge and Woodstock manufacturing plants in Ontario. The federal and Ontario governments will contribute a combined C$220 million toward the upgrade at the two Toyota Canada manufacturing plants, which will create the Japanese auto giant’s largest hybrid vehicle hub in North America. 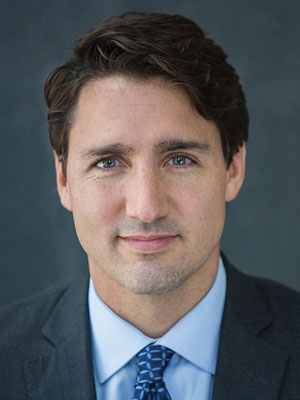 Prime Minister Justin Trudeau made the announcement at Toyota’s plant in Cambridge, Ontario. According to a joint statement from the Canadian government and the Japanese automaker, the Cambridge and Woodstock plants will become Toyota’s North American manufacturing hub for the RAV4, including hybrid versions.

The investment is expected to result in the creation of 450 new jobs and 1,000 new co-op jobs; Toyota will spend about C$200 million in research and development in Canada over the next 10 years. The two plants currently employ about 8,000 people and produce more than half a million vehicles each year. 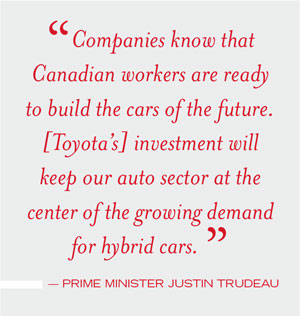 “Companies have confidence in Canada and Canadian workers, and know that we are ready to build the cars of the future,” Trudeau said at the announcement ceremony. ”[Toyota’s] investment will support thousands of jobs for Canadians, and keep our auto sector globally competitive and at the center of the growing demand for hybrid cars. We welcome Toyota’s decision to invest in our highly skilled workforce and expand its presence in Canada. This is a smart decision that further establishes our country as the place where cars of the future are built.”

Ontario Premier Kathleen Wynne, who attended the announcement with Trudeau, declared that Toyota’s investment “is about making sure our province stays competitive during a time of rapid economic change, and building the kind of global partnerships that support long-term prosperity.”

MIDDLESEX COUNTY HAS IT ALL

Middlesex County, in the heart of Southwestern Ontario, has it all: ideal location, amenities, business opportunities, scenic beauty and an exceptional quality of life that’s enjoyed by all in this vibrant and diverse collection of communities. The County consists of eight municipalities (total population around 74,000) that surround the city of London (home to over 380,000 people). Besides being nicely situated in proximity to that urban center, Middlesex County sits at the intersection of two major thoroughfares—Highways 401 and 402—and is one hour from the access to Port Huron, Michigan, and within a two-hour drive of the Greater Toronto Area (GTA). All this makes it a prime hub for transportation and logistics.

The great location is definitely spurring development interest. While the County does not own any business parks, per se, the local municipalities and private individual investors own eight business parks that are promoted as part of the Middlesex County investment strategy. One of those parks, publicly owned by the municipality of Strathroy-Caradoc, is a rarity; a provincially certified site, which means it is shovel-ready for investment by Ministry standards. Ontario has a rigorous 13-point system to be met by business park owners to ensure those lands are ready for immediate investment and can be promoted as such by the province.

Four major economic drivers keep the County thriving. Key sectors are agricultural and agrifood; manufacturing; tourism; and small business and entrepreneurship. Cara Finn, Director of Development for the County of Middlesex, explains, “With respect to manufacturing facilities, although we do have some corporate conglomerates that have invested here, we’ve also had a lot of local investment by entrepreneurs that have grown their business in Middlesex County and are now on the global stage. We’re very proud of those companies and we like to encourage that entrepreneurship investment. We see a lot of our future growth coming from those small and medium-sized businesses.”

Indeed, advantages for businesses are many. Taxes are lower in Middlesex County than in the urban centers, and housing prices on average are considerably less. With access to any and all services nearby in the larger cities, the cost of doing business in the County is lower by far and the municipalities are willing to work quickly and efficiently with investors to ensure they become operational as soon as possible. Owners of new facilities coming into the area say they appreciate how much faster things get moving in the County of Middlesex in comparison to larger centers.

Strategic partnerships are also spawning residential investments. Finn cites a good example, “A few years ago, one of our municipalities built an impressive multi-million-dollar recreation center. What’s unique is that it not only has a twin-pad arena, it is also a public/private partnership among the municipality, Middlesex County and the YMCA. The municipality is the anchor tenant and landlord, the County has a comprehensive library housed within the facility and the YMCA has a full-scale operation with a fitness center, classes, a gymnasium and daycare in the building. It ends up being a community hub for a lot of events. It just hosted 1,500 athletes with 97 figure skating teams. These are large-scale, multi-day events. We also have some private investments in the facility, including a skate sharpening business.”

The recreation complex was built to Green Globe Designation standards, which allows it to reclaim heat generated by the refrigeration plant to accommodate in-floor heating in areas like the main lobby. The building also has a large number of rooftop solar panels that cover both ice pads, and the municipality has a contract that allows it to receive revenue to offset the hydro costs incurred in running the operation. The facility also is fostering a great deal of commercial and residential development along the corridor where it’s located. Five hundred new homes are slated to be built in the area in the next few years.

With respect to infrastructure, much of the work is done at the local municipal level. However, the County has an engineer and a county roads system which intersects with the municipalities on critical assets such as main bridges. Middlesex County is definitely engaged as a partner in that type of process to ensure everything that’s needed is available to go forward. Several of the County’s small urban centers, municipalities with a population around 20,000, have significant downtown areas. The largest center, Strathroy, has had a downtown improvement program running for over 10 years that invests in the facades of private businesses through what Ontario calls a CIP (Community Improvement Plan). It’s a formalized plan that showcases the investments a municipality is going to make each year in partnership with private investors.

The predominately rural municipality of North Middlesex had a unique situation back in 2013. At that time, the county had an influx of investment into wind turbines, and North Middlesex established a Community Vibrancy Agreement with the turbine company, whereby they received amenity fees up to $250,000 a year from the operations. Those funds are being invested by the municipality in the local hospital, community development fund programs, façade programs, an endowment fund, and operating and capital projects. Ultimate benefits are achieved by combining private investments and environmental sustainability for the community good.

Finn declares “the future is very bright for Middlesex County. We’re having record-breaking results with respect to building permits. One municipality saw an eight percent growth in population over the last census period. We’re seeing a real continuance of residential and commercial development, as well as industrial interest in our community. The message I want to give is that we’re here to help every step of the way. Our motto is: ‘Invest in Middlesex County, we appreciate your business.’ We thank people for investing in the County, and we know their business will increase in value by choosing to locate here.”

[This article was reprinted with permission from BVN.]

While Niagara, Canada may be known as a popular tourist destination, thanks to a strong collection of competitive advantages for businesses, a growing number of companies are choosing to make their journey to the region a one-way trip.

Affordable land, unique and generous financial incentives, competitively priced utilities and taxes, low healthcare costs and a highly efficient logistics infrastructure make a serious impact on the bottom line for businesses located in Niagara, Canada. How big? Niagara, Canada’s business cost index was lower than 76 American jurisdictions and the second lowest in Ontario in a 2016 study by KPMG.

Niagara, Canada’s position in the center of a bi-national mega region known as the Great Lakes Megalopolis offers the perfect location for making connections with the largest economy in North America. A whopping $100 billion of trade flows through Niagara, Canada each year and half of North America’s population is within a one-day drive. Four major highways, five international bridge crossings, three railways, a direct connection to the St. Lawrence Seaway through the Welland Canal and six airports within a short drive offer companies multiple options for getting products to markets near and far. 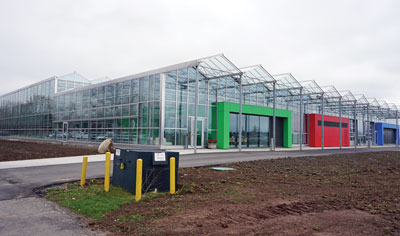 According to research by KPMG, Niagara, Canada is one of North America’s top 20 centers for access to competitive research and development. Companies located in Niagara, Canada can partner with world-class researchers at institutes and incubators at Niagara College, Brock University, McMaster University, Mohawk College and the Vineland Research and Innovation Centre to develop new approaches to propel their business into the future. The Vineland Centre is a world-class facility with 3,700 square meters of space dedicated to the advancement of horticultural science and innovation. Vineland added a new Greenhouse Technology Centre in 2016. The greenhouse complex in the Niagara region is the largest of its kind in Canada.

In today’s global marketplace, every penny matters. That’s why Niagara, Canada regularly benchmarks other cities and asks, “How can we offer more?” Answering that question led to the creation of the Niagara Gateway Economic Zone Improvement Plan Incentive. Niagara is the only community in Ontario with an incentive of this kind that offers companies who invest in developing and diversifying designated zones across the region aggressive tax rebates and development charge grants. Just how generous? Between 2015 and September 2017, over C$36 million in Gateway incentives were granted to Niagara, Canada businesses.

Niagara, Canada offers access to a highly skilled workforce of 229,000, but that’s just the tip of the iceberg. Thanks to great highways, growing public transit options and seamless border crossings, there are over 1.85 million people that live within commuting distance of the region.

Learn about the other competitive advantages for businesses located in Niagara, Canada at niagaracanada.com.