Niagara Bottling LLC, a U.S. private-label bottled water manufacturer, will invest a total of $62 million to expand its operations in Indiana, establishing a new facility in Jeffersonville and growing its current facility in Plainfield, creating up to 57 new jobs by the end of 2019. 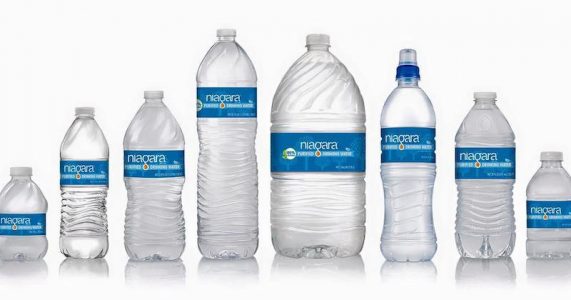 “The state of Indiana and local community partners in the Jeffersonville region have provided an extremely warm welcome for Niagara Bottling’s proposed new manufacturing facility,” said Brian Hess, executive vice president of Niagara Bottling. “We have been impressed by the region’s progressive workforce development programs and support system, which will benefit our attempts to add area residents to our Niagara team in southern Indiana.”

The California-based company, which has 29 additional locations throughout North America, will invest $56 million to build and equip a 469,000-square-foot manufacturing and bottling facility in the River Ridge Commerce Center in Jeffersonville. Construction is underway on its new building, and the company plans to be operational by spring 2019. In Plainfield, Niagara Bottling is also planning a $6.1 million expansion at its existing facility to increase production capacity.

Niagara Bottling, which has more than 4,000 employees in North America, anticipates adding 49 new jobs in Jeffersonville and eight new positions in Plainfield to support its growth.

“Global companies like Niagara Bottling are choosing to grow here because of Indiana’s commitment to a business-friendly environment that helps yield a positive return on their investment,” said Elaine Bedel, president of the IEDC. “We’re excited for Niagara Bottling’s continued success in the Hoosier state as it expands Plainfield operations and opens a second facility in Jeffersonville, creating more good jobs for our citizens.”

Niagara Bottling is a family-owned and operated company that supplies bottled water to retailers and wholesale customers across the U.S. The company’s line of bottled water products includes purified, pH-balanced, sparkling and vitamin-infused water as well as sports drinks.

“The city of Jeffersonville is pleased to welcome another nationally-known corporation into our business community,” said Jeffersonville Mayor Mike Moore. “Niagara Bottling will be a great addition to our city’s changing and growing diversity, lending its prestige to our own as we continue to market the city and River Ridge Commerce Center’s many attributes to prospective businesses. The city of Jeffersonville wishes Niagara Bottling the best of luck in their endeavors and looks forward to working with them to help ensure their success.”

Relocating Or Expanding Your Business In Indiana