It looks like nothing is going to stop the nation’s fastest-growing new industry—legal marijuana—from continuing its relentless state-by-state march across the country and reaching stratospheric market caps. 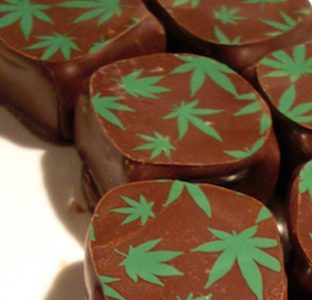 Recreational cannabis is now legal in eight states and the District of Columbia; use of medicinal pot is legal in 29 states. California opened legal head shops (that’s what we used to call them before they could sell weed along with pipe paraphernalia) in January and Massachusetts is scheduled to follow suit in July. Legal pot sales are expected to exceed $10 billion nationwide in 2018 and more than double to $23 billion by 2021.

We’ll pause here to dispense with the nonsense that came out of Attorney General Jeff Sessions’ mouth last month. Sessions sent an ambiguous message to U.S. prosecutors rolling back Obama-era guidelines for states that had legalized pot (no sales across state lines or to underage customers, no unlicensed distributors, etc.) and authorizing federal prosecutors to enforce federal drug laws that still classify cannabis as a category 1 drug (the same class as heroin).

That’s not going to happen for several reasons, the most important of which is that since 2014 Congress has quietly prohibited the Department of Justice from using any of its funds to roll back legal pot. Also, a growing number of state and federal lawmakers are publicly moving in the opposite direction (New Jersey’s new governor, Phil Murphy, has made legal weed a top priority; U.S. Sen. Cory Booker has introduced a bill to legalize marijuana nationwide). National polls indicate that nearly two-thirds of Americans now back legalization of marijuana.

However, the biggest impediment to the ultimate success of the cannabis industry may turn out to be the zeal of the marijuana entrepreneurs themselves, who are ignoring the past history of another smoke-centric industry as they rapidly expand their product offerings to include high-potency infused edibles.

Decades ago, before the Surgeon General’s 1964 declaration that cigarette smoking caused cancer, Big Tobacco had free reign to use a variety of tactics to hook new generations of Americans on nicotine. One of these was aimed at children, in the form of candy cigarettes (which the industry encouraged candy producers to sell). These imitation coffin nails were pure sugar, but a half-century ago it was not uncommon to see toddlers imitating their parents, pretending they were smoking as the sweet sticks melted away in their mouths.

The successful campaign against Big Tobacco took off when U.S. courts ruled that the industry could be held liable for illnesses resulting from second-hand smoke (prompting two of the world’s largest smoking venues—the U.S. Army and Dunkin Donuts—to ban smoking), ultimately leading to a settlement requiring the cigarette companies to pay the states more than $200 billion in damages. Along the way, the fight against nicotine addiction got a lot of traction by highlighting the insidious methods the industry was deploying to make cigarettes seem cool to young people. 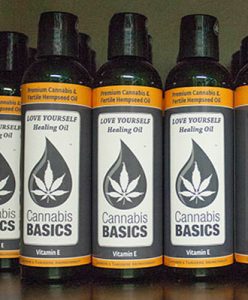 Pot entrepreneurs today are busy introducing a wide variety of infused edible products to enable their customers to ingest the high-inducing chemical in pot (tetrahydrocannabinol, or THC) without lighting up (and stinking up their living rooms) or destroying their lungs. These infused products include foods (THC-infused ravioli, anyone?), beverages, lozenges, mouth sprays, candy and chewing gum, as well as infused lotions that can be absorbed through the skin—stuff that could easily get into the hands of adolescents who otherwise might not have smoked their first joint. Edibles already account for an estimated 45 percent of the cannabis market in Colorado, the state that pioneered legal weed in 2014.

We hate to be the skunk at the skunk-weed party, but here’s the scary part: while today’s naturally grown weed already is much more potent than the stuff smoked by hippies in the early 1970s, there’s apparently no limit to the potency of infused marijuana products. In Colorado, they’re selling infused soft drinks that have 30 times the potency of the average hand-rolled joint.

Here’s the really scary part: a THC “overdose” has been cited as a contributing factor in at least three deaths in the U.S. since 2014. Despite its initial mellowing effect on users, in large doses THC can act as a stimulant and produce hallucinogen episodes. While it has yet to be proven that the effect of ingesting mass quantities of THC could be similar to the danger of chugging energy drinks (which are loaded with caffeine and recently were blamed for the death of a teenager in Georgia), the empirical evidence of a link between infused edible THC products and dangerous psychosis appears to be growing.

THC-infused edibles have been cited as a contributing factor in three violent deaths in Colorado since pot was legalized there: a 23-year-old who shot himself to death after gorging on peach tart candies, each containing 10 mg of THC; a 19-year-old college student who took a leap from a Denver hotel balcony after eating pot-infused cookies (“marijuana intoxication” was listed by the coroner as a significant factor in his death); and a 44-year-old woman who was shot and killed by her husband after she called 911 and reported that the man was experiencing hallucinations after eating marijuana candy immediately after taking prescription medicine (prosecutors have charged him with first-degree murder).

And then there’s this: medical experts are warning that THC may stunt the development of adolescent brains. A University of Montreal study made headlines when it concluded that, compared to kids who start using marijuana at age 17, those who take it up at 14 are at greater risk for some learning and problem-solving deficits. Other studies have indicated that scientists believe the human brain does not finish its development before the age of 25. Marijuana remains the most commonly used drug among kids. Roughly one in three high school students smokes pot, according to a national survey. The survey indicates that marijuana use peaks among 12th graders, six percent of whom use daily.

The debate about whether smoking weed damages a teenager’s brain is just heating up, on both sides of the issue.

“I take umbrage when I see scientists saying there’s a causal relationship between marijuana and negative brain outcomes,” says Margaret Haney, director of the Marijuana Research Laboratory at Columbia University.

Haney wants everyone to know she doesn’t think marijuana is safe for teens. “We have these clear associations with people who start smoking heavily in adolescence and go on to have worse outcomes in several areas,” she says, citing links between heavy marijuana use and poor academic performance, as well as mood, psychosis, and cognitive deficits.

Under a new law that took effect in October, Colorado no longer will allow marijuana edibles shaped like humans, animals, fruits or cartoons—forms that could be confused with candy—and the state also will require more prominently displayed potency information on the labels of cannabis products.

“We’ve seen areas where it’s important for us to focus,” said Michael Hartman, executive director of the Colorado Department of Revenue, which regulates the state’s marijuana industry. Hartman said the tenets of ensuring public health and public safety include keeping marijuana out of the hands of children, minors and illegal operations, and providing safeguards against the potential harms to consumers.

It took Colorado three years to figure out that it needed to label its potent THC-laced edibles, overcoming initial strong resistance from the state’s cannabis industry. But, hey, time moves really slowly after you eat those brownies, dude.

The emerging cannabis industry would be well advised to slow down its rush (pun intended) to infuse THC into virtually anything that can be eaten or smeared on the skin of humans. The weed biz needs to proactively embrace a series of sensible regulations, including precise labeling of infused products (specifying their potency) and restrictions on putting THC into anything kids might like—or brace itself for a backlash and watch the rules get written in Washington.