Amazon dramatically announced this week what it called the “finalists” for its second North American headquarters, a $5-billion project that envisions up to 50,000 workers occupying as much as 8 million square feet of office space in the winning location. 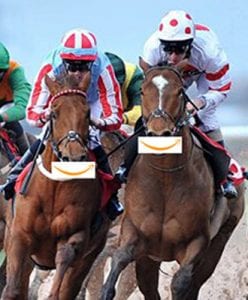 The eCommerce behemoth chose 20 regional players, mainly cities (full list below), from among 238 RFP responses it received in October; Amazon sent each of these locations a terse (four sentences) message informing them they are finalists in the most lucrative economic development competition of the young century, which is sort of like Churchill Downs announcing that every horse in the field at the Kentucky Derby has the pole position.

While Amazon made the biggest possible splash with its finalists list, it did not lift the veil of secrecy over exactly how these selections were made or what kind of process will be deployed to pick the winner, which will be announced later this year. Amazon executives involved in the site selection process for HQ2 (overseen by Amazon boss Jeff Bezos) were prohibited from speaking on the record (a few commented anonymously), with the notable exception of a brief statement issued by Holly Sullivan, Amazon’s head of economic development.

“Through this process we learned about many new communities across North America that we will consider as locations for future infrastructure investment and job creation,” Sullivan said.

We didn’t see a photo accompanying Sullivan’s statement, so we can’t confirm she was holding an AAA highway map of the U.S. with circles and scribble marks on it. If HQ2 finalists New York, Boston and Philadelphia are among the “new communities” Amazon’s site selectors have discovered, perhaps it was a map used by George Washington during the Revolutionary War.

What comes next? Amazon cryptically confirmed that the site selection process “will shift into a new phase,” with Amazon representatives communicating “more directly” with the finalist locations. “Emissaries from Amazon are expected to visit the finalist locations in person,” The New York Times reported, leaving out any reference to speculation that these emissaries may wear emoticon masks to conceal their identities.

Picking the finalists before you communicate directly with them or visit their locations? We’re just guessing here, but perhaps the HQ2 site selection team consists of the same people who decide how many reviewer stars book titles get on the Amazon.com website.

Amid the barrage of front-page news articles generated by the HQ2 finalists list, we paid close attention to the report in The Washington Post. In the first three paragraphs of the Post article, the newspaper noted that “major metropolitan areas such as Los Angeles, Dallas and Atlanta, as well as smaller communities including Pittsburgh, Raleigh and Nashville” were on the finalists list, adding “the nation’s capital is heavily represented, with D.C., Northern Virginia and the Maryland suburb of Montgomery County also making the cut.”

This information immediately was followed in the Post article by a full-disclosure disclaimer: (Amazon’s chief executive, Jeffrey P. Bezos, owns The Washington Post.)

We don’t know if Jeff was in the newsroom as his newspaper’s report on the finalists list was being written. We don’t know if he was looking over the shoulder of the reporter who was writing the piece, watching this person type in Los Angeles as the first location mentioned in the story. Here’s what we do know: the original RFP made a really big deal about requiring candidate locations to prove that traffic congestion, rush-hour traffic jams and a commute of more than 20 minutes would not confront HQ2 employees on their way to and from work in Amazon’s second North American headquarters.

We’ll pause here to let you google up some iconic images of the daily bumper-to-bumper carmageddon—the largest traffic jams in the known universe—that occur at 8 am and 3 pm on the freeways of the City of the Angels. For some reason, the word “misdirection” comes to mind.

Many news outlets published a handy location-by-location synopsis this week of key information in each finalist’s RFP response, which was distilled by most (perhaps with some assistance from Amazon) down to population statistics, “perks” offered to lure HQ2 and a sentence or two from the location’s “pitch.” Here are some samples from the version in The New York Times:

The population line for Newark, NJ read “282,000, but 30 minutes from New York City.” A much stronger perks section for the NJ city followed: “New Jersey offered Amazon about $5 billion in tax breaks over a decade if [the company] creates 30,000 jobs and makes $3 billion in capital investments. Newark put up an additional incentives worth up to $2 billion.” No explanation was provided for why NJ offered the maximum in incentives for what appears to be two-thirds of the project (according to the specs announced last fall by Amazon).

The pitch from Dallas was as direct as a Nolan Ryan fastball: “I think we’ve got everything they want,” declared Dallas Mayor Mike Rawlings.

While the Times played it straight in reporting the info in the finalists’ synopses, the editors had some fun with the subheads they placed over them. Where even the Froot Loops and sheet cake are deep fried was the subhead over Dallas’ entry; Where a parking space can be saved with a chair was the header for Pittsburgh. (Good thing they didn’t let it all hang out, or we might have seen a subhead for the other Pennsylvania finalist reading You’ll need two chairs from Pittsburgh to hold all of your parking tickets.)

The Washington Post article offered an insightful tidbit gleaned by a development expert at the mapping company Esri, who noted that many of Amazon’s finalist locations “fit the model of cities that are growing through millennial migration.” [Memo to Editor: inform the millennial living in the upstairs bedroom about this ongoing migration.]

We’ll let you know as soon as we find out where they’re going to hold the talent and swimsuit competitions for the HQ2 Finalists Pageant.