Forest River, a manufacturer of recreational and commercial vehicles, will expand its operations in Butler, IN, creating up to 125 new jobs by 2019. The company will invest $2.9 million to renovate five buildings and one office building totaling over 50,000 square feet, and construct a nearly 100,000-square-foot facility on the same 20-acre site. The facilities, which will house purchasing, production and dispatching operations, are expected to be operational by fall 2018.

This is the second Indiana expansion project for the Elkhart-based company in 2017: Forest River announced plans to expand its operations to LaGrange earlier this year. The company also operates facilities in Goshen, Millersburg, Topeka, Middlebury and Wakarusa, IN. Forest River employs 11,000 people and plans to add 425 new jobs in LaGrange in addition to the 125 new jobs in Butler.

“We picked Indiana because it is our home and we know the people. Butler, Indiana offers us the ability to access a hard working rural community, where the work force has not been depleted and are ready to do big things,” said Mike Stump, director of public relations at Forest River. “This community reached out to us, and we found that there are families that want to grow with a new opportunity. The timing was right at Forest River, and it just made sense for us to step outside the Elkhart/Goshen region. We are really excited about what lies ahead and look forward to working with the people of Butler and DeKalb County.”

The Indiana Economic Development Corporation (IEDC) offered Forest River Manufacturing LLC up to $1 million in conditional tax credits and $150,000 in training grants based on the company’s job creation plans. The incentives are performance-based, so until employees are hired, the company is not eligible to claim them. The city of Butler will consider additional incentives at the request of the DeKalb County Economic Development Partnership.

“Indiana is a powerhouse when it comes to the RV industry, with over 80 percent of the world’s RVs being built in the state,” said Governor Eric J. Holcomb. “Because of our pro-business climate, companies like Forest River continue to grow and invest in our communities—providing good jobs for Hoosiers.”

Forest River’s growth comes as demand for RVs continues to climb. Indiana helped the industry make an estimated 472,200 RV shipments in 2017, which is an increase of nearly 10 percent over the same time period in 2016. RV shipments hit their highest level since 1977 in 2017, with shipments projected to rise to 487,000 in 2018.

Relocating Or Expanding Your Business In Indiana 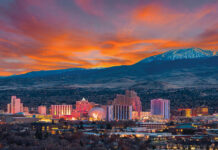