California continues to dominate BF‘s Installed Solar Power Capacity Leaders category; CA has installed 18,296 megawatts (MW) as of the end of 2016, which is more than the combined capacity of the rest of the top five in this state rankings category. 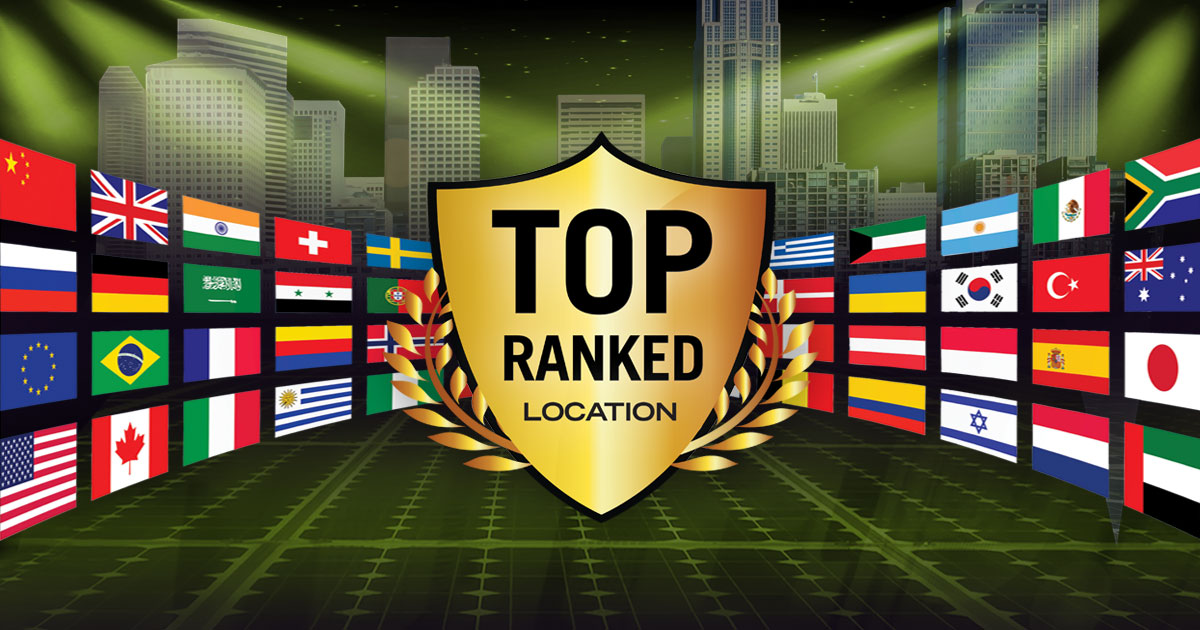 “For more than four decades, California has provided exemplary leadership in establishing a path for the nation to a clean-energy future,” said BF Editor in Chief Jack Rogers. “As the impending catastrophe of climate change looms larger with each passing year, the Golden State’s proactive approach to environmental protection is a sustainable blueprint that should be applied from coast to coast.”

North Carolina, with 3,016 MW, surged into second place in our Installed Solar Power Capacity category; rounding out the top five were Arizona, Nevada and New Jersey. Utah and Georgia joined the top 10 at sixth and eighth, respectively.

The surge by Utah and Georgia also is reflected in our Solar Power Installation Leaders (2016) ranking. California easily topped the leaderboard in this category, but UT (which added 1,241 MW last year) and GA (1,023 MW) finished second and third, respectively, laying down markers that they’re aiming for the top tier in solar power capacity.

Nearly 260,000 Americans now work in the solar power industry—more than double the number in 2012—at more than 9,000 companies in every U.S. state. The cost to install solar has dropped by more than 70 percent since 2010, leading the industry to expand into new markets and deploy thousands of systems nationwide.

Not surprisingly, the Golden State tops the chart in our new Solar Power Employment Leaders ranking, with more than 100,000 solar energy jobs, seven times greater than no. 2 Massachusetts (14,582). Sixth-place NY (8,135) and eighth-place NJ (6,056) continue to expand their impressive commitments to solar energy.

“The thriving solar power initiatives in the Northeast make it clear that solar energy is much more than a Sun Belt growth sector,” Rogers said.

The U.S. installed 2,044 megawatts (MW) of solar PV in Q1 2017 to reach 44.7 gigawatts (GW) of total installed capacity, enough to power 8.7 million American homes. Growth in Q1 was driven by a fourth-straight quarter of more than 1 GW growth in the utility-scale sector; analysts project that the industry will nearly triple over the next five years, surpassing 100 GW nationwide. As installations grow, prices continue to fall to new lows, with utility-scale system prices dropping below the $1 per watt barrier for the first time, according to GTM Research and the Solar Energy Industries Association’s (SEIA) latest U.S. Solar Market Insight Report.

In 2016, solar power accounted for 39 percent of new installations for all new electric generating capacity, topping all other technologies for the first time. Solar power’s increasing competitiveness against other technologies has allowed it to quickly increase its share of total U.S. electrical generation—from just 0.1 percent in 2010 to 1.4 percent today. By 2020, solar is poised to surpass 3 percent of total generation, a share that is expected to hit 5 percent by 2022.