There are striking regional differences when it comes to U.S. utilities and energy efficiency, and the Northeast comes out on top, according to the American Council for an Energy-Efficient Economy’s (ACEEE) first-ever scorecard of U.S. utilities. The 2017 Utility Energy Efficiency Scorecard identifies the best—and worst—performers on energy efficiency among the nation’s 51 largest electric utilities and highlights cutting-edge efforts. 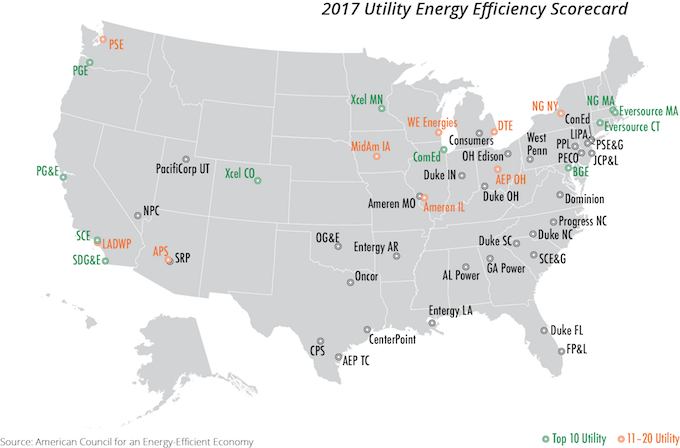 The scorecard was inspired by ACEEE’s need to determine which utilities are doing the best on energy efficiency programs and how others can improve. The top 10 show impressive commitment to efficiency through a wide range of long-term programs and policies. Both Eversource Massachusetts and National Grid Massachusetts earned 91% of total points, the highest on the scorecard. Both utilities achieved more than 3% savings as a percentage of their retail sales in 2015.

The full report is available online.