The real news has been even more disturbing than the fake news lately. When it’s 120 degrees F. in the shade in Phoenix, a mysterious Russian “yacht” drops anchor at the Statue of Liberty and nearly every sentence seems to end with the words “pre-existing condition,” we all want to take refuge in a deep, cool place where trouble could take eons to find us. 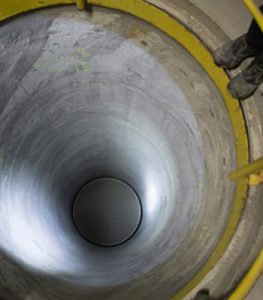 Okay, we’ve reserved some space for you at two of the deepest, coolest places on Earth, but don’t blame us if you don’t feel any better when you get there.

Two underground storage facilities—one encased in granite below the surface of Olkiluoto Island in Finland and the other embedded in the permafrost beneath the Norwegian island of Spitsbergen—ultimately may hold the key to mankind’s longevity on the third planet from the Sun. Engineers designed each of these vaults “to last for eternity,” but only the Norwegian facility can ever be reopened—and we can tell you with 100-percent certainty that the people who reopen the vault on Spitsbergen will be a handful of desperate, starving survivors of an unprecedented global catastrophe.

Not concerned yet? Here’s another spooky Spoiler Alert: the vault in Finland isn’t big enough to hold all of the deadly materials that need to be parked there (for at least 100,000 years), and the entrance to the Break-Seal-In-Case-Of-Emergency vault in Norway already is leaking.

Now that we’ve got your attention, let’s travel into the woods on Olkiluoto Island, a forlorn forest-covered mound in the Gulf of Bothnia on Finland’s western coast. Put on your mining helmets and light the headlamps: we’re about to enter a steep tunnel that’s been carved into the granite bedrock. You might want to munch on a granola bar, because we’ll be winding our way down for three miles. Our destination will be a vertical borehole in a side tunnel about 1,400 feet underground.

The borehole is the first of 3,000 that will be drilled into the side tunnel, each to become the eternal home for 3,000 sealed copper canisters. After all of the two-inch-thick, 17-foot-long copper canisters have been lowered into their boreholes, the holes and the tunnels leading to them—20 miles in all—will be packed with clay and sealed forever in the ancient granite surrounding them. Then the site will be abandoned and any trace of its existence will be removed from the surface.

But the stuff packed inside the copper canisters will live on—or, more accurately, half-live on—for tens of thousands of years: each canister will contain two tons of spent reactor fuel from Finland’s nuclear power industry. Welcome to the world’s first full-scale tomb for nuclear waste.

There currently are 449 nuclear power plants operating in 30 countries around the world, with 60 new nuke plants under construction in 15 countries. France, with 58 active plants, has the largest share of electricity generated by nuclear power. China is racing to complete 28 new reactors; India, Russia and South Korea also are rapidly expanding their nuclear-energy capacity.

Here’s the bad news: since the first nuclear power plant (at Obninsk, Russia) came online in 1954, the global nuclear power industry has churned out more than 250,000 tons of highly radioactive nuclear waste. Really bad news: most of this spent (but still highly fissile) reactor fuel currently is packed into temporary containers and stored above ground at aging facilities adjacent to power plants—containers that may start leaking and facilities that may not be secure enough to keep out people who want to get their hands on the raw materials that can be used to build nuclear bombs.

The nation that invented atomic energy was supposed to lead the world in creating a permanent solution for nuclear waste, but America never got around to that. Another kind of waste we keep generating in increasingly toxic and corrosive amounts—U.S. politics—got in the way.

In 1987, Congress designated Yucca Mountain—a volcanic rock in a patch of desert near our former A-bomb test sites 90 miles northwest of Las Vegas—as America’s permanent repository for nuclear waste (Congress directed the U.S. Department of Energy to take possession of all of the nuclear waste in the country and have the storage facility deep inside the mountain ready to start receiving it by 1998). Thirty years and $11 billion in “preliminary test boring” later, construction of the repository still has not begun. Meanwhile, the U.S. has generated about 2,000 tons per year of nuclear waste, a radioactive Everest now cumulatively approaching 80,000 tons nationwide.

We won’t get into the details here about the arguments that have been deployed by opponents of the Yucca repository to stall the project, including warnings about earthquakes and leaching of radioactive waste into water tables (and, presumably, proximity to blackjack dealers at Vegas casinos). Suffice it to say, the current viability of Yucca as a national priority won’t produce a blip on any geiger counter measuring the mood in Washington, DC (the Obama Administration defunded the project in 2012).

So while we all can be thankful that Finland is getting ready to bury 6,000 tons of nuclear waste, that’s literally a drop in the borehole as a solution to this global problem. It would indeed be ironic if the world avoided the ultimate catastrophe—the Armageddon of nuclear war—only to get poisoned by the radiation from a deadly toxic dump of nuclear waste we haven’t bothered to clean up.

Okay, enough about deadly tombs. Let’s try to cheer up by taking a look at the other vault, the one dedicated to saving lives. (We’ll take a first step in that direction by avoiding the moniker chosen by its creators—the Doomsday Vault—in favor of its official title: the Global Seed Vault.)

The Svalbard vault on Spitzbergen Island in Norway was built in 2008 to hold millions of seeds that can be used to replant every food crop that’s ever been grown by humans on Earth. The idea is that if climate change, war or any other natural (or man-made) disaster wipes out the agricultural regions that sustain our global population (now approaching seven billion), the survivors can break into the vault and grow something to eat during a post-apocalyptic recovery. 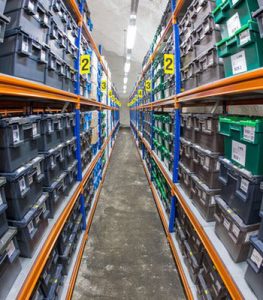 When the designers of Svalbard (which is owned by the government of Norway) placed the vault deep within the Norwegian permafrost, they assumed that the frozen tundra would provide “failsafe protection” from natural or man-made disasters.

Sorry, but here’s where the cheering-up part stops. Soaring temperatures in the Arctic (2016 was the world’s hottest-ever recorded year) have begun to melt the permafrost. The tunnel to Svalbard has been breached by water from the melting ice. That’s right, the entrance to the Global Seed Vault has sprung a leak.

Picture a bemused authority figure from a 1950s sci-fi flick as you absorb this quote from a Norwegian government official: “It was not in our plans to think that the permafrost would not be there and that it would experience extreme weather like that,” said Hege Njaa Aschim.

“A lot of water went into the start of the tunnel and then it froze to ice, so it was like a glacier when you went in,” she told London’s Guardian newspaper. Thus far, the meltwater has not reached the vault itself, the ice has been hacked out and the life-saving seeds remain safe—for now—at the required storage temperature of 18 degrees C. (64.4 degrees F.).

Asmund Asdal, director of the Nordic Genetic Resource Centre (which operates the seed vault), reiterated the project’s mantra: “This is supposed to last for eternity.”

But the recent breach has raised questions about the long-term viability of the Global Seed Vault, which may fall short of “eternity” by several eons—in other words, its viability could be measured in years, not centuries or millenniums.

“It was supposed to [operate] without the help of humans, but now we are watching the seed vault 24 hours a day,” Aschim told the Guardian. “We must see what we can do to minimize all the risks and make sure the seed bank can take care of itself. We have to find solutions. It is a big responsibility and we take it very seriously. We are doing this for the world.”

The vault’s managers are hoping the extreme heat of this past winter in Norway was a one-off, but they’ve begun to implement precautionary measures if the inexorable rise in global temperatures is the new normal. These safeguards include a project to waterproof the tunnel embedded into the permafrost, and the digging of trenches into the surrounding mountainside to channel meltwater and rain away from the vault’s entrance. They’ve also removed hot electrical equipment from the tunnel and installed pumps in the vault itself in case of a future flood.

The end of 2016 saw average temperatures over 7 degrees C. (about 11 degrees F.) above normal on Spitsbergen, pushing the permafrost above its melting point. The Svalbard archipelago, of which Spitsbergen is part, has warmed rapidly in recent decades, according to Ketil Isaksen of Norway’s Meteorological Institute.

“The Arctic and especially Svalbard warms up faster than the rest of the world. The climate is changing dramatically and we are all amazed at how quickly it is going,” Isaksen told Dagbladet, a Norwegian newspaper.

If you’re planning to put Yucca Mountain on your summer vacation must-visit list, we suggest you stop in Vegas first and put down a Franklin on the average temperature for 2017 on Spitsbergen Island. Pick a number higher than the 2016 average and book a return trip to collect your winnings.

We’re heading back to the surface now. We’re going to find that Russian spy ship in New York’s harbor and ask our friends from Moscow if they can spare a bottle of vodka, which is the recommended treatment for symptoms of the pre-existing condition known as gloom and doom.

Have a great Fourth of July everyone!