By the BF Staff
From the March/April 2017 Issue

New Mexico is a state of great diversity. A combination of breathtaking scenery, an enchanting business climate, complementary cultures, varied geography and a dedicated workforce make it an attractive location on many fronts.

Supported by three interstate highways (I-40, I-10 and I-25), 12 U.S. highways; a vast railway system operated by Burlington Northern Santa Fe and Union Pacific; three ports of entry (Santa Teresa, Antelope Wells and Columbus); and one international and 60 public airports, New Mexico offers direct access to much of the United States, as well as the international borders of Canada and Mexico. It’s possible to reach Texas, Arizona, Colorado, Kansas, Oklahoma and Utah within one day’s trucking, and California markets in two days. Distribution companies, manufacturers and other business located in the state are well positioned to serve both east and west coast clients. 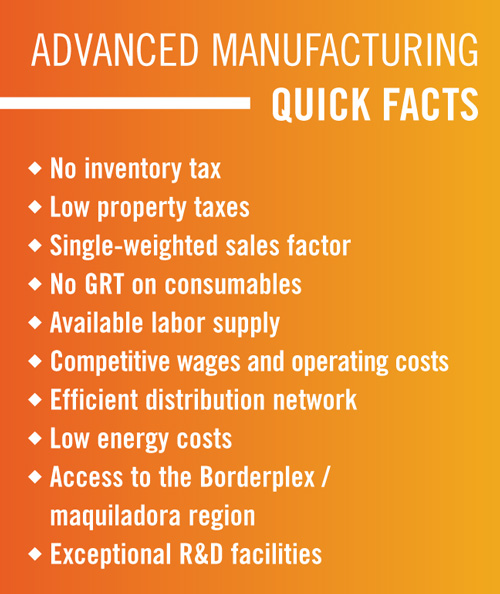 New Mexico has a population of approximately 2,085,109 and plenty of room for more with a land area of 121,365 square miles. And with a good business environment and unique quality of life to entice, it’s no wonder people are moving to the southwest in record numbers.

The state’s well-educated, young workforce is ready to join a number of industries looking for good employees. These include aerospace and defense, advanced manufacturing, value-added agriculture, logistics and distribution, technology commercialization, energy and renewable resources and digital media.

One of the draws to New Mexico is its Jobs Training Incentive Program. It provides up to 75 percent wage reimbursement for up to six months of training, helping lower the initial operating costs for a new employer. The state also offers industry specific incentives in energy and natural resources, aerospace and defense, value-added agriculture, digital media and IT and border area logistics. 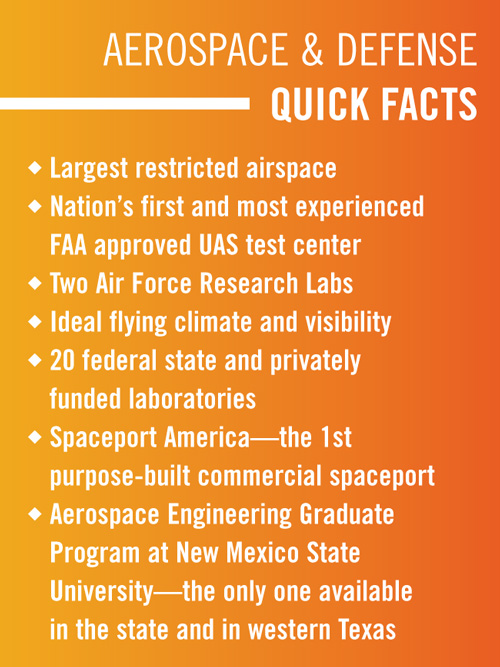 New Mexico is one of the nation’s leading energy producers with an array of energy resources and industrial electric rates seven percent below the national average. It also boasts vast solar energy and wind potential along with geothermal and biofuels.

Further, New Mexico has the lowest property tax burden in the nation with property assessed at 33 percent of its market value. It offers a 3.3 percent effective tax rate for manufacturers, and will have a 5.9 percent corporate income tax by January 2018 thanks to the New Mexico Jobs Package.

In addition to the established industries already taking advantage of what the Land of Enchantment has to offer lies the possibility for even more. A patch of tribal land in western New Mexico soon will be home to a $160-million greenhouse for researching and growing medicinal plants, a project expected to take about two years once started.

Located in New Mexico’s southeastern-most corner, Lea County has come to be known as the state’s EnergyPlex, a place where traditional and renewable energies co-exist to create a stronger and more efficient environment for growth. Lea County has seen exponential growth in both population and energy segments, including oil and gas, nuclear, wind and solar, creating a diversified economy and inviting a variety of industries to locate in Lea County. 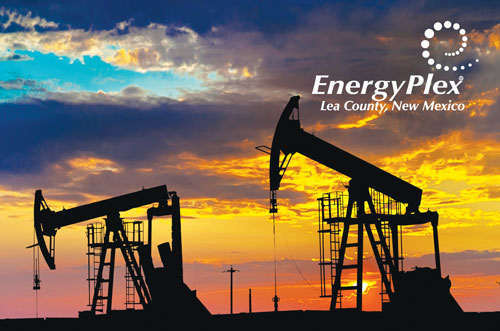 A longtime staple of the economy, the oil and gas sector is seeing resurgence as oil prices rise above $50 per barrel. Lea County is the number one producer of oil in New Mexico, producing over 75 million barrels of oil in 2015, and plays host to large capital investments from national companies, including Exxon Mobile, Chevron, Concho and more. More than $8 billion worth of investment is planned in Lea County over the next few years, including the new regional office of Mewbourne Oil, currently under construction in Hobbs. In addition to oil, Lea County counts itself among the top four producers of natural gas in the state. Several multi-million dollar natural gas processing facilities, including Zia Natural Gas and Lucid Energy, are located in Lea County and continue to grow with the expansion of local processing facilities such as Agave Energy.

Lea County also has embraced nuclear energy with North America’s only uranium enrichment facility, URENCO USA. This $4 billion investment has created almost 300 high-wage jobs and taken advantage of local incentives to create a safe and secure facility. With the Waste Isolation Power Plant just over the border in Eddy County, and an announced nuclear storage facility by Holtec, Lea County moves forward, drawing science and technology professionals to the area and creating a great working environment in Southeastern New Mexico.

Companies interested in locating in Lea County can take advantage of many local incentives, including Industrial Revenue Bonds (IRBs), which offer property tax and gross receipts (sales) tax abatements. Along with IRBs, Lea County also participates in the state’s Local Economic Development Act (LEDA) program, which provides funds for site development. Along with local incentives, New Mexico Junior College’s Workforce Training Center in Hobbs offers customized training courses to provide a skilled labor force for a variety of industries. Companies can use this program to create their own specific courses either on-location or on campus where NMJC has classrooms and hands-on training with oil and gas equipment.

Along with incentives, Lea County offers an abundance of land for companies looking to move operations within its communities. Lea County’s largest industrial park, EnergyPlex Park, features 9,600 acres for development and is suitable for a broad range of industry sectors, including manufacturing, logistics, oil and gas, renewables and more. EnergyPlex Park is only 15 minutes from Lea County Regional Airport with daily flights on United Airlines; two four-lane divided U.S. and state highways; railroad access via the Texas New Mexico Railroad; four power plants; and over 30 hotels.

With diversification comes growth; Lea County has grown significantly in the past few years with the population increasing more than 20 percent since the 2000 census. Hobbs was ranked the 7th fastest growing micro-city in America by the U.S. Census bureau in 2014. New restaurants, new housing and community improvement projects such as The CORE, a 200,000-square-foot recreation center under construction, have elevated Lea County and created a family and business-friendly environment, welcoming to new and established industries.