The most significant battles against discrimination in America throughout our history usually have followed the same trajectory. These fights begin with a handful of courageous people risking everything to stand up and declare “no more!” The establishment then moves to crush the dissenters, forcing Americans of every stripe to look in the mirror and see their consciences staring back. One by one, we rise to stand behind the heroic trailblazers. 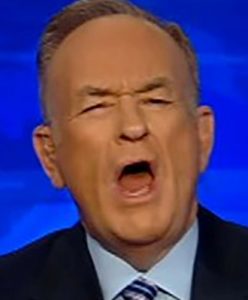 Whenever a toxic injustice is challenged, more often than not it stubbornly persists until thousands of people, then millions, loudly demand long-overdue change. Finally, after legal liability and economic impact weigh in behind public opinion, the scales of justice permanently tilt toward a righteous outcome.

In 1955, Rosa Parks didn’t stand up—she changed the course of history by sitting down. By refusing to give up her seat to a white passenger on a segregated bus in Montgomery, AL, Parks fired the opening salvo of the Civil Rights movement. She was arrested (the fine was $10) and, at first, nothing changed. But then 40,000 African-Americans in Montgomery amplified her protest by boycotting city buses for 381 consecutive days. The boycott coincided with a U.S. Supreme Court hearing on a legal challenge to Alabama’s law mandating segregation on public transportation. In November 1956, the nation’s highest court declared the law unconstitutional.

In January 2015, Indiana’s state legislature passed a bill it called the “Religious Freedom Restoration Act,” which was widely interpreted as giving businesses the green light to discriminate against LGBT people on religious grounds. The bill generated a national backlash and boycotts (including a petition to move the NCAA’s headquarters and its March Madness basketball tournament out of Indianapolis) that cost the state’s convention and tourism industries an estimated $60 million. Three months later, then-Gov. Mike Pence signed a hastily passed revision of the bill with language clarifying that the law would not permit discrimination.

Last year, North Carolina enacted a law—which derisively became known as “the bathroom bill”—that required transgender people to use public bathrooms based on the sex indicated on their birth certificates. The financial hit resulting from this discriminatory measure included a decision by the NBA to move its All-Star Game out of Charlotte, costing the city millions in event-related revenue. Last month, the NC legislature passed a partial repeal of the measure, stripping out the offensive birth-certificate requirement.

While the action-and-reaction in IN and NC played out at warp speed due to relatively recent dramatic shifts in public attitudes about gay and transgender rights (including a Supreme Court decision legalizing gay marriage nationwide), a watershed moment this week in New York City—striking what we hope is a mortal blow against a widespread and insidious form of discrimination—has been more than a half-century in the making.

In the 1960s, the percentage of women entering the workforce started surging, a phenomenon that has grown exponentially until, in 2017, nearly half of the U.S. workforce consists of females. But this welcome trend was not accompanied by two prerequisites: most women are not paid as well as men in comparable positions, and for decades they often have not been treated respectfully by some of the men in the workplace.

The dirty little secret is that just about every woman with a job in America has—at some point in her career—been subjected to a form of sexual harassment in the workplace from a few of her male counterparts. The offenses range from crude jokes, sexual innuendos, catcalls, whistles, inappropriate appraisals of physical attributes (accompanied by an inappropriate lack of eye contact) and propositions, to overt criminal behavior: male supervisors demanding sex from female subordinates; firing them and destroying their careers when they refuse; and, in the worst cases, forcing themselves upon them (a.k.a. rape) and coercing them to remain silent.

Which brings us to this month’s epic downfall of Bill O’Reilly, the most powerful television personality in the cable news universe. Until Wednesday, O’Reilly was the host of the highest-rated prime-time show on cable TV, The O’Reilly Factor, with each episode drawing up to 4 million loyal viewers.

In sharp contrast to his early career as a well-regarded TV news reporter at local and network affiliates in more than six U.S. cities (winning several Emmys), O’Reilly ascended to the throne of Fox News’ talking heads in 1995 by adopting the persona of an arrogant blowhard with a penchant for interrupting his interview subjects with know-it-all putdowns (delivered in the vernacular of the “regular guy” at the local bar who’s knocked back a few and starts shouting at the other patrons). The formula has been wildly successful, making The Factor a consistent prime-time ratings king.

But O’Reilly’s on-air arrogance apparently was exceeded by his behavior in Fox’s Manhattan office, particularly in his treatment of women.

O’Reilly’s firing by 21st Century Fox this week was the culmination of an 18-day public spectacle of revelations about the 67-year-old talk-show host, a scandal set off by an April 2 bombshell on the front page of The New York Times. The Times reported that, since 2004, Fox has paid a total of $13 million in settlements to at least five women who accused O’Reilly of a particularly vile form of sexual harassment. We won’t get into the lurid details here, just a synopsis of the allegations: Bill is accused of offering increased air time on his show to new female contributors, then demanding sex from them. When they rejected him, he fired them and destroyed their careers at Fox.

Fox doesn’t get any credit here for its belated decision to terminate its serial sexual predator: O’Reilly’s alleged offenses span his entire 20-year tenure at Fox News, were well-known to (and defended by) the corporate hierarchy at Fox and were publically reported as far back as 2004, when a detailed account (including transcripts of telephone calls that were recorded by one of his victims) appeared in a front-page article in The New York Post—a tabloid owned by none other than Fox chairman Rupert Murdoch. Worst of all, O’Reilly’s offenses appear to have been the most extreme example of a corporate culture of sexual harassment that was presided over (until he was fired last year) by the creator of Fox News, Roger Ailes.

And, lest we forget, Fox concealed the harassment settlements by reporting them in financial statements as “income,” a violation of federal law now under investigation by the SEC.

The Times also doesn’t deserve to take any Pulitzer bows for breaking open this scandal. Most of the complaints from women against O’Reilly have been widely known in the news sector for more than a decade. It was only when an accuser who has yet to accept a hush-money settlement from Fox recently agreed to go on the record that the Times‘ lawyers gave the newspaper the green light to unleash its front-page demolition of O’Reilly.

During the past three weeks, we’ve seen our aforementioned anti-discrimination dynamic detonate over 21st Century Fox, including at least 50 corporate sponsors who canceled their advertising on The O’Reilly Factor, public demonstrations in front of the Fox headquarters in Rockefeller Center and a parade of victims giving interviews about threats that were made to keep them silent. When O’Reilly suddenly told his viewers in the middle of last week that he was leaving for a “vacation” in Italy, the handwriting was on the wall. [At the same time that Fox announced his firing, O’Reilly was tweeting a picture of himself shaking hands with Pope Francis in St. Peter’s Square; perhaps The Factor was hoping a papal absolution could save his hide.]

We’d like to think it was more than the titanic hit to Fox’s bottom line that sealed O’Reilly’s fate. According to numerous reports, in the family triumvirate that rules the Fox Empire, it was Murdoch’s youngest son, James, who aggressively convinced his 87-year-old father and his older brother that the time had come to chop off the most famous talking head on Fox News.

There’s an old saying that people aren’t born bigots, they have to be taught. The next generation is having none of that. The Millennials are telling 20th-century geezers to take their rancid lesson plan for discrimination and shove it back up the foul orifice it came from.

There are no second-class citizens in the United States of America. Whether it’s on the bus, in the bathroom or in the office of your business facility, everyone gets treated with dignity and respect. We are a tolerant society, but the people coming of age in the 21st century have sent a loud and clear message that there’s now zero tolerance for discrimination or harassment based on gender, race, religion, sexual orientation or disability. Those days are over.

And yes, the spin stops here, because we’re looking out for you.