Grupo Phoenix, a manufacturer of rigid packaging containers for the global food and beverage industry, will invest $48.7 million to expand its subsidiary manufacturing operation, Phoenix Packaging Operations, LLC, in Pulaski County. Virginia successfully competed against Arizona and Mexico for the project, which will create 145 new jobs. 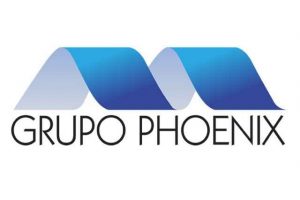 Grupo Phoenix established its first U.S. manufacturing facility in Pulaski County in 2010. This project represents the company’s third expansion, bringing its investment in the operation to $106.2 million and a total of 585 new jobs.

“Grupo Phoenix evaluated various location options to build upon its future in the United States and chose Virginia due to a variety of factors, including a central location that allows us to be within 400 miles of 80 percent of the U.S. East Coast population; the ability to negotiate electricity at a competitive rate; access to rail transport, which reduces our logistics; a motivated labor force; support from the local colleges and universities to assist us with training specialized technical jobs; and the accessibility and unwavering support of the government to work together within the industry to create jobs,” said Grupo Phoenix CEO Alberto Peisach.

Headquartered in Bogotá, Columbia, Phoenix Packaging was established in 1999 through the integration of several industry-leading companies in Colombia, Mexico, the Southern Cone, and Venezuela. With sales in over 30 countries, Grupo Phoenix is one of the largest packaging manufacturing conglomerates in Latin America, dedicated to the creation, design and manufacturing of rigid packaging and food service disposable products.

“Grupo Phoenix is a valuable employer that is creating new, quality jobs that necessitate critical skills of the 21st century, and we are honored to boast this global business on our corporate roster,” said Governor Terry McAuliffe. “Strengthening the advanced manufacturing sector is a key component of our mission to diversify and build a new Virginia economy, and when a high-caliber manufacturer like Grupo Phoenix continues to invest in the Commonwealth, it is evidence that our efforts are working.”

The Virginia Economic Development Partnership worked with Pulaski County and the New River Valley Economic Development Alliance to secure the project for Virginia. Gov. McAuliffe approved a $600,000 grant from the Commonwealth’s Opportunity Fund to assist the county with the project. The governor also approved a $1 million performance-based grant from the Virginia Investment Partnership (VIP) program, an incentive available to existing companies. Grupo Phoenix will also receive benefits from the Port of Virginia Economic and Infrastructure Development Zone Grant Program, and is eligible to receive funding from the Rail Industrial Access Program, administered by the Virginia Department of Rail and Public Transportation. The company is eligible to receive state benefits from the Virginia Enterprise Zone Program, administered by the Virginia Department of Housing and Community Development, and funding and services to support the company’s employee training activities will be provided through the Virginia Jobs Investment Program.

“After meetings and discussions both here and in Bogotá, I am pleased to congratulate Grupo Phoenix and Pulaski County on another outstanding expansion,” said Secretary of Commerce and Trade Todd Haymore. “Grupo Phoenix’s investment is strengthening Virginia’s standing in the growing packaging industry which has created more than 6,600 jobs and over $3.9 billion in capital investment in Virginia since 2007. The New River Valley provides an incredibly strong labor pool, competitive business climate and strategic access to major interstates—all factors that will undoubtedly promote Phoenix’s continued success in the Commonwealth.”

“It is always good news when a Virginia-based company chooses to reinvest here and does so, in part, because of the benefits it gets by moving its cargo across The Port of Virginia,” said John Reinhart, CEO and Executive Director of the Virginia Port Authority. “Phoenix Packaging is unique because it is a current port user that supplies packaging for other port customers as well. We welcome the opportunity to grow our partnership with this company by serving as its international trade gateway. Phoenix Packaging is growing and the Commonwealth will benefit as a result.”