Home » Economic Development » Taking It To The Max 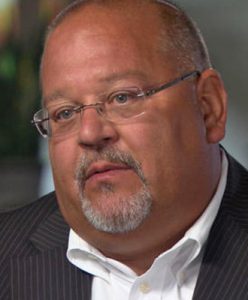 Thanks to an interview on last Sunday’s 60 Minutes broadcast on CBS, the economic development community has a new mega-star, and his name is Joe Max Higgins.

Higgins is ED director for Mississippi’s Golden Triangle, which spans three counties on the state’s eastern border with Alabama. The three points of the Golden Triangle are anchored by Starkville, MS to the west, Columbus, MS to the east, and West Point, MS at the top.

As revealed during his star turn on 60 Minutes, Higgins is a project-building dynamo. Since he arrived in the Golden Triangle in 2003, Joe Max has turned a rural stretch of the Magnolia State into one of the hottest high-growth locations you can find anywhere. If you didn’t watch Sunday’s show, we encourage you to check it out. 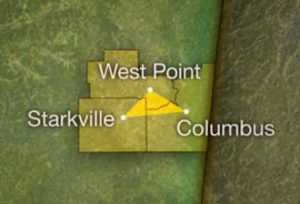 Here are some highlights:

In a location most famous for the Mississippi State Bulldogs college football team, Higgins has adopted a bulldog-like ferocity in his approach to landing big-ticket targets. Gen. George Patton comes to mind when you listen to him explain his methodology to 60 Minutes. Here’s a sample: “The only way we win any deal is to tear off everybody else’s face. We’ve got to kill everybody to win any deal,” Higgins declared.

Beginning in the 1990s, the Golden Triangle began suffering an exodus of manufacturing jobs in its primary industries of textiles, toys and tubing, with a majority of the estimated 12,000 jobs it lost leaving for overseas locations. Since Higgins arrived, more than half of these jobs have been replaced. According to Joe Max, the influx of 6,000 new manufacturing jobs to the tri-county region was driven by companies who had offshored production coming to the realization that they could produce their goods and get them to market from plants in Mississippi cheaper than by shipping them to the U.S. from overseas plants.

Joe Max’s in-your-face approach has landed some killer deals for the Golden Triangle, including a Steel Dynamics plant that is one of the most advanced steel mills in the nation. The highly automated facility, which melts scrap metal and converts it to steel, employs 650 high-skill workers (some of whom earn as much as $100,000 a year) running a computer-controlled process that in the old days would have required 4,000 manual laborers.

Higgins’ bulldog tenacity is applied to state and county officials as well as corporate site selectors. He’s succeeded in convincing them to pony up more than half a billion in incentives and tax breaks to grease the wheels of dealmaking in the Golden Triangle. Higgins also is a big proponent of shovel-ready sites: the Golden Triangle has prepared vast tracks of its rural acreage for industrial use, installing roads and water and sewer lines. Three of what Joe Max calls “mega-sites” in the Triangle now are ready for development; Higgins is planning several more.

Higgins told 60 Minutes that when he arrived in the Golden Triangle the area was “paralyzed” by poverty. But he saw some golden assets that could form a foundation for solid growth, including an airport, railways and waterways that connect the area to the Gulf Coast in the south and the Great Lakes in the north. In addition to excellent logistics, Higgins recognized (well before it became conventional wisdom in economic development) that having Mississippi State University in the neighborhood was a big plus for high-tech project development.

Higgins told the locals to shake off what he called “a losing attitude” and realize they had the assets to make the Triangle “big and strong and fast.”

Bulldog indeed. You’ve got our full attention Joe Max, and we look forward to keeping everyone up to date on the great progress being made in Mississippi’s Golden Triangle.