Microsoft Corporation will invest $251.6 million to expand its data center site in Virginia’s Mecklenburg County and increase capacity to serve its growing customer base. Microsoft considered other sites in the U.S. for the project before choosing Virginia, which will gain 44 new jobs. 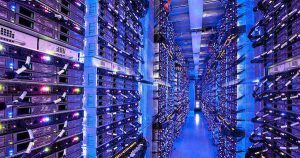 “The demand for cloud services continues to grow globally as cloud services are transforming entire industries,” said Christian Belady, General Manager, Cloud Infrastructure Strategy & Architecture, Cloud Infrastructure and Operations at Microsoft. “We will continue to invest in growing our capacity to meet the expanding demand of our customers in close collaboration with the Commonwealth of Virginia and the County of Mecklenburg.”

“Microsoft has now invested nearly $2 billion in its Mecklenburg facility and created over 250 jobs since 2010,” said Gov. McAuliffe. “With five expansions in six years, this company’s success continues to be a testament to Southern Virginia’s talented workforce and strong IT infrastructure. The Commonwealth is emerging as a leader in the data center industry, and we are honored to have such a valued corporate partner aid us in our efforts to build a new Virginia economy.”

“Virginia’s data center industry has been booming for more than a decade, especially in rural Virginia,” said Secretary of Commerce and Trade Todd Haymore. “Since 2005, more than 8,400 jobs and more than $11 billion in capital investment have been announced for this critical sector. Virginia’s momentum is bolstered by a powerhouse company like Microsoft on our corporate roster, which continues to make major investments in its Mecklenburg data center.”