There’s been a lot of heated rhetoric in the presidential campaign about illegal immigration and how to secure the border. One side wants to build a wall on our southern border and unleash a deportation force, the other wants to create a path to legalization for the 12 million or so undocumented immigrants now living in the U.S. On Nov. 8, we’ll all get to decide which way we want to go. 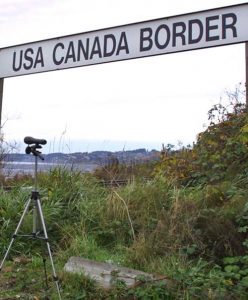 Last year, we noted in this space that the reality on the southern border of the U.S. does not match the vision of unfettered chaos currently being sold to voters. Officials on both sides of the Rio Grande are working as hard as they can to tear down any barriers to cooperation between the United States and Mexico. When it comes to economic development, these hard-working folks want the border to be invisible.

In fact, cross-border economic alliances are expanding exponentially on the border with Mexico, generating growth that can be measured in billions of dollars. We reported on a resolution that emerged from an historic meeting in Harlingen, TX of the Bi-National Economic Development (BiNED) organization. The mayors of three Texas border towns (Harlingen, McAllen, and Edinburg) and officials from two TX counties (Cameron and Hidalgo) joined the mayors of their two sister cities in Mexico (Matamoros and Reynosa) to sign a proclamation incorporating both sides of the South Texas-Tamaulipas international border “into a seamless entity that will endorse, promote and secure the vitality of the region.”

What’s going on in the Pacific Northwest on the border between the U.S. and Canada also may surprise you.

Seattle and Vancouver, both burgeoning high-tech hubs, are engaged in an intense competition for the expansion dollars now being spent by tech giants like Microsoft who have long called the region home. In recent months, the intense national political debate in the U.S. over immigration has tilted the high-tech playing field in Vancouver’s favor. Concern about a potential tightening of HB-1 visas in the U.S. has been a major factor in Redmond, WA-based Microsoft’s decision to expand its Vancouver operations instead of its Seattle-area facilities. Microsoft, always in need of a wave of new software engineers, views Canada’s more lenient immigration laws as a safer bet than the less-than-welcoming attitude now on the rise in the U.S.

But, in recent months, forward-thinking people on both sides of the border have started looking at the big picture. They’ve become proponents of a regional tech zone spanning the border; they’ve even got a name for it: the Cascadia Innovation Corridor (a name derived from the Cascade mountain range that cuts through the U.S.-Canada border). Let’s call it the CIC for short. Political, academic and tech elites in Seattle and Vancouver are actively considering ways to bring the two cities—both of which are dynamic engines of economic growth—closer together.

Last month, at a Cascadia Conference held in Vancouver, WA Gov. Jay Inslee and British Columbia Premier Christy Clark discussed ways to enable people, innovation and capital to flow more freely across the border. The leaders signed an agreement deepening the ties between Vancouver and Seattle, including research collaboration between the University of British Columbia and the University of Washington. Microsoft Founder Bill Gates and Microsoft CEO Satya Nadella both spoke about globalization and education at the conference.

The biggest challenge they face in making the CIC a reality is the obvious one, squaring the circle of two diametrically different immigration systems.

Microsoft has invested $120 million in its Vancouver expansion, which was completed in June. The tech giant expects to employ 750 people at the Vancouver operation; the workforce will be split between Canadians and computer science grads from India, China and other Pacific Rim nations.

According to the Boston Consulting Group, foreign workers in the U.S. currently have to wait three times longer for a work visa than their counterparts who emigrate to Canada. Tech firms are very concerned that the waiting time for U.S. visas will get much longer—and the number of visas that are issued will be dramatically reduced—if the candidate proposing a tightening of immigration laws wins the presidential election.

Other hurdles also must be overcome to create the CIC, including skyrocketing housing costs in Vancouver, where the median price for a detached home in the metropolitan area is more than $1 million. According to the Real Estate Board of Greater Vancouver, housing prices in the city have increased by nearly 28 percent in the past year alone, vaulting Vancouver up over San Francisco (where the median home price is $848,000) on the West Coast’s most-expensive-place-to-live leaderboard.

Compounding this problem for Vancouver is the fact that wages in the Canadian city have not kept pace with the rising cost of living. In San Francisco, the median pay for tech jobs is about $112,000 a year; tech workers in Vancouver have to get by with $49,000, according to an analysis by PayScale, a compensation data firm. The wage disparity is being exacerbated by a drop in the value of the Canadian currency relative to the U.S. dollar.

Alleviating congested traffic between Vancouver and Seattle also is on the to-do list for CIC proponents. There is talk of building a high-speed rail link, with trains going at 200 miles per hour reducing the travel time between the two cities to less than an hour. But the project’s price tag—an estimated $30 billion—has kept it on the drawing board. Meanwhile, Seattle’s techies have suggested a traffic solution that envisions creating a dedicated lane for autonomous (self-driving) vehicles on Interstate 5, which connects Seattle to the Canadian border,

In addition to the Microsoft expansion, Vancouver has welcomed an influx of film and video-game producers; the city also is home to the $1-billion startup Hootsuite, a maker of social media tools. Upscale retailer Nordstrom, a Washingon-based company, has opened a flagship store in Vancouver. Despite the recent progress, Vancouver’s tech hub still has a long way to go to catch Seattle: the Canadian city has attracted about $1.8 billion in venture capital for its tech startups in the past decade, compared to an estimated $9 billion in Seattle.

Loyal readers of this space know we’ve been tracking the increasing regionalization of economic development. Neighboring locations that have long fought each other for new projects are joining forces and maximizing their regional resources to the benefit of all. The regional route is the surest path to success in a globalized market. The folks on both sides of our border who are opting for regional solutions like BiNED and Cascadia are ahead of the curve.

They’re choosing bridges instead of walls, bridges that will permit an ever-expanding flow of people, innovation and capital, lifting an entire region and building a foundation for sustainable growth for decades to come. What’s not to like about that?