By the BF Staff

Last year, Chicago celebrated the highly anticipated grand opening of the new UI Labs Digital Manufacturing and Design Innovation Institute (DMDII) on Goose Island. Partially funded thanks to a $70 million federal grant, the new facility will focus on researching new technologies and high-tech manufacturing. And similar to the recently opened Method factory in Pullman, the new UI Labs DMDII is exciting on many levels for Chicago as the city attempts to reinvent its manufacturing legacy in a contemporary, high-tech world. The new UI Labs facility is being lauded by public officials from all levels of government as being one that may help bring manufacturing—specifically high-tech manufacturing—back to the United States.

Seeking to unite the brightest minds from industry and academia, the 64,000-square-foot facility occupies just a portion of the old 285,000-square-foot Republic Windows & Doors plant at 930 W. Evergreen Avenue. Chicago’s own Skidmore, Owings & Merrill was tapped to design the institute, which features a 22,000-square-foot manufacturing floor, classrooms, offices, a cafe and an open atrium, or “town hall.” Last year’s groundbreaking on the project was an exciting one for Goose Island, which is quickly becoming known as an important tech hub within Chicago. The project has been in the works for at least the last several years, and today the next chapter begins as the facility seeks to research and develop new technologies, but also create high-tech goods and jobs right here in Chicago.

SOM recently worked with UI Labs, a Chicago-based research and commercialization collaborative, on the programming and concept design for an exciting new facility: the Digital Manufacturing and Design Innovation Institute (DMDII). Intended to unite industry, academia, and government under one roof, the lab enables UI Labs to develop real-world solutions for tomorrow’s most important economic and cultural challenges.

Located on Goose Island, the 64,000-square-foot lab features collaborative office space, visualization facilities, interactive teaching areas, and a manufacturing floor for cutting-edge industrial research, with a special focus on digital innovations. The lab occupies 64,000 square feet of a former, 285,000-square-foot factory. SOM’s design for the interior and architectural renovation emphasizes flexibility, fluidity, and information sharing. The lab opened in May 2015.

Wheeling, IL continues to build its dynamic commercial and industrial base. Home to more than 800 businesses, it continues to distinguish itself as one of the most vibrant economic hubs in Chicago’s northwest suburbs.

Wheeling prides itself on having approximately 13.5 million square feet of industrial space, including several expansive industrial parks which offer room for companies to grow. Illinois’ Tenth U.S. Congressional District, which includes Wheeling, is the third-largest industrial concentration in the United States, and Wheeling is counted among the top five manufacturing employment communities in the state. Wheeling-based businesses generate more than 20,000 jobs, attesting to the community’s economic strength. Of those jobs, 33.5 percent are in manufacturing, while nearly 20 percent are in the wholesale and retail sectors.

The local economic outlook for Wheeling has been increasingly positive over the past few quarters, as reports of expanded operations and hiring by established Wheeling manufacturers continue to stream in. A review of the available space inventory reveals that Wheeling’s industrial parks are experiencing strong demand from both existing and new businesses. The vacancy rate for Chicago-area industrial space fell to six percent this year, with demand remaining strong. View reports on available business sites by category here.

One example of this activity is Richelieu Foods, which recently announced that it will locate a food processing facility in Wheeling after a multi-state site search. Richelieu has leased a 115,000-square-foot manufacturing facility, and plans to employ 115 people. The Village of Wheeling worked with Tenth Congressional District Representative Bob Dold, Governor Bruce Rauner, the Illinois Department of Commerce and Economic Opportunity, and the Cook County Workforce Partnership to attract the company to Wheeling.

Village President Dean Argiris emphasized the importance of the role of the community’s industrial base. “The cornerstone of our local economy is the wide range of industrial business that call Wheeling home. These companies make substantial contributions in property and sales taxes, bring many jobs to town, and are actively engaged with our community,” Argiris said.

Wheeling is also home to Chicago Executive Airport, the third-busiest airport in Chicagoland, which it co-owns with the neighboring City of Prospect Heights. The airport serves as a resource for business and industry, and is a magnet drawing commerce to the area. It recently completed a $5.9 million investment in its infrastructure by installing an Engineered Materials Arresting System (EMAS) to its 5,000-foot-long main runway, adding another level of safety that helps reduce injuries and aircraft damage from accidents.

The Village plans to capitalize on the airport as a strong business development asset by attracting complementary aviation and business services, as well as hospitality and dining uses. An overlapping Tax Increment Financing (TIF) district offers a strategic financing mechanism for pending and proposed developments in and around the airport. The Village remains committed to the health and prosperity of this valuable transport hub. To learn more about Chicago Executive Airport, please visit: www.chiexec.com.

With visitors from Canada, India, and South America regularly passing through, the airport is a visible symbol of Wheeling’s active participation in the globalized world. To further the community’s international reach, a group of about 20 delegates including Congressman Dold and Village President Argiris recently traveled to South Korea to meet with businesses and local governments and explore opportunities for exchange and partnership. Wheeling is home to the Korean Cultural Center of Chicago, which has been instrumental in introducing the community to its domestic and Korean networks.

Transportation and easy accessibility are among Wheeling’s most important assets. Interstate 294 is the eastern boundary of the Village, with interchanges at Lake Cook and Palatine Roads, and provides easy access to Chicago’s Loop and the interstate highway system. Illinois Route 53, just west of Wheeling via Lake Cook and Dundee Roads, also leads to the interstate system. The north–south thoroughfares US Route 45 and Illinois Route 83 offer easy access to other Chicago metro communities. O’Hare International Airport is 20 minutes from Wheeling, directly accessible via I-294. Commuter rail transportation is available to Wheeling residents, employees, and visitors at the Wheeling Metra Station via the North Central Line, which has regular service to and from Chicago’s Union Station, O’Hare Airport, and suburban communities farther north.

Wheeling represents a diverse economic base including more than 50 different sectors and is home to an integrated, innovative business community. For more information about available sites and locating in Wheeling, please contact John Melaniphy, Director of Economic Development, at jmelaniphy@wheelingil.gov or (847) 499-9094.

Vetter plans to develop a $320 million state of the art facility in Des Plaines, the first of its kind manufacturing facility outside of Germany, creating at least 300 new jobs. Vetter currently operates a U.S. production facility and sales office in Skokie, IL. The company wants to expand in Illinois in order to benefit from our state’s life science and biopharmaceutical industry cluster.

“Vetter will create hundreds of quality, high skill jobs for Illinois residents, growing their presence in Illinois with lots of opportunity for future growth,” Illinois Governor Bruce Rauner said. “The collaboration between the State, the ILBEDC and our local partners was instrumental in attracting an investment of this scope and magnitude, which will reap economic benefits for Illinois for years to come.”

“We know that Foreign Direct Investment is a major opportunity for Illinois. Our central location, with unparalleled access to North American markets, and our skilled workforce are major strengths to companies like Vetter,” ILBEDC CEO Jim Schultz said. “By working in partnership with the Illinois Department of Commerce and local governments and marketing Illinois’ assets in person to Vetter executives, we were able to drive a deal that’s good for Illinois and good for Vetter.”

“This is a major win for Illinois. These types of victories don’t come together overnight. Today’s announcement was made possible by the Department of Commerce and the ILBEDC working together for months and putting on a full court press,” Department of Commerce Acting Director Sean McCarthy said. “It was invaluable for Jim Schultz and Andria Winters to be able to meet directly with Vetter in Germany. It’s that kind of outreach and customer service that will set Illinois apart and help close deals.”

This project is the product of close collaboration between the Illinois Department of Commerce, ILBEDC, Cook County and the city of Des Plaines. Vetter has signed an economic development agreement with the state.

Fiat Chrysler Automobiles, or FCA US, has announced a $350 million investment to produce the Jeep Cherokee at its nearly 5 million-square-foot Belvidere Assembly Plant, 3000 West Chrysler Drive, in Belvidere, IL.

Production of the Cherokee, which is currently in Toledo, Ohio, will create approximately 300 new jobs when it transitions to Illinois in 2017. Right now, products at Belvidere Assembly Plant include Dodge Dart, Jeep Compass and Jeep Patriot, however; production of the Dodge Dart and the Jeep Compass and Patriot will end in September 2016 and December 2016, according to the company.

“This investment will strengthen the FCA US presence in Illinois and create good paying manufacturing jobs for Illinois residents,” Illinois Governor Bruce Rauner said. “We’re proud FCA US chose Illinois for production of the Jeep Cherokee. Illinois has lost many of the manufacturing jobs that made our economy strong. We hope to continue to build on this success and get Illinois manufacturing growing again.”

The plant, which was constructed between 1964 and 1965, has experienced a transformative change within its product line that began July 1965 when the first car was produced there. From then until 1977, the products included the Plymouth and Dodge two-door and four-door models, station wagons, and the Chrysler Town and Country station wagon. After 12 years, the plant was then converted to front-wheel drive production.

Drastic changes began to occur to the facility in 2010, when the company announced a $600 million investment to support future models in 2012. That included the construction of a 638,000-square-foot body shop and installation of new machinery, tooling and material handling equipment.

That following year, the company increased that investment total to $700 million and announced the addition of 1,800 jobs by third quarter of 2012–five hundred of which would be working on the production of the all-new Dodge Dart. 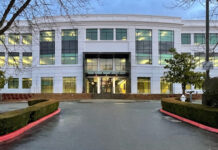