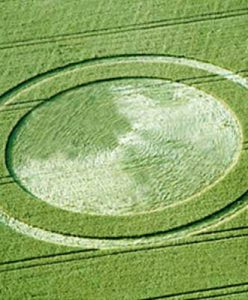 So, in a year or so, supermarket shoppers who reflexively peruse the sugar and fat content of their food purchases also will be able to tell at a glance whether any of their favorite foods contain ingredients that were processed from crops grown from seeds engineered in a lab.

Don’t be surprised if any product you reach for that was processed from staple crops including corn, wheat and soybeans features the new GMO designation. What, you didn’t know that genetically engineered seeds have been planted in U.S. fields for decades? In the labs of global agribusiness chemical giants like Monsanto and Dow, these seeds were modified to resist the most common pesticides used in agriculture and to guarantee the highest-possible crop yields.

But the success generated by genetic modification of crops has produced some eyebrow-raising consequences, most recently including a global consolidation of the agrochemical industry. Here’s the cause-and-effect in a nutshell (or, more appropriately, a seed casing):

In terms of crop production, the super-seeds have turned out to be too much of a good thing. The past three years have produced record-breaking harvests in the farm belt; one silo-busting harvest after another has in turn resulted in plummeting prices for the main U.S. agricultural crops. According to the USDA, U.S. farmers will collectively earn $9.2 billion less than they did in 2015, and 42 percent less than they did in 2013. USDA projects that this plunge in revenue will be the new normal for a long time to come, with corn, soybean and wheat prices holding near current depressed levels over the next decade.

The new reality of depressed farm commodity prices has forced the agrochemical industry, including producers of seeds, crop chemicals and fertilizers to slash costs by cutting their prices and laying off staff. The stage was set for an industry-wide consolidation (the tractor industry also is taking a huge hit).

Another result of this squeeze is the need for more, rather than less, innovation. It turns out that while the chemical industry successfully protected seeds from the most commonly used pesticides (which the agrochem giants also produce), the natural selection process of the weeds that afflict farming also was busy. The weeds are developing a resistance to the most popular pesticides, which means new pesticides must be developed—which in turn will lead to more seed modifications. So a consolidation of tech resources as well as production is a priority in the agrochem sector.

The challenges summarized above have set in motion a merry-go-round of mega-mergers and acquisitions amongst the world’s top seed and pesticide suppliers. Earlier this year, Dow Chemical and DuPont announced a merger that eventually aims to spin off a combined agrochemical business; another major agrochemical player, Synerga AG, turned down a takeover proposal from Monsanto and agreed to a $43-billion sale to China National Chemical Corp. This week, Bayer AG of Germany agreed to buy Monsanto for $57 billion.

It remains to be seen whether regulatory bodies on both sides of the Atlantic will green-light the mega-mergers and acquisitions, which will give some a largest players a near-monopoly on key elements of the agrochem seed-production industry.

Meanwhile, we can all keep ourselves busy trying to decipher the FDA’s GMO warning-label regime. According to the bill approved by Congress, the disclosure requirement will apply to many food products for human consumption, except for food served in restaurants or similar retail establishments. There is no explicit exemption for subcategories of food such as dietary supplements and infant formula.

This will result in some interesting anomalies: for example, a cheese pizza containing bioengineered ingredients may be required to bear a disclosure, whereas a similar pizza containing meat as the most predominant ingredient would not be required to bear the disclosure. And if you’re eating the pizza in a restaurant (and they didn’t make it from scratch), you’ll need to go into the kitchen and check out the carton in the freezer.

We’ll take a wild guess here and declare that when you’re reaching for your fourth slice of pepperoni pizza at the local tavern tonight, you won’t be pausing to reflect on whether the cows that were processed into the sausage ate corn that was genetically modified. Like us, you’ll be focused on ordering another round of beer and checking the wild-card standings.

When the GMO techies get around to engineering mozzarella so it doesn’t slide off the slice when we pick it up by the crust, then we’ll give this subject our undivided attention.