Five Below, a specialty value retailer catering to teens and pre-teens, will expand and relocate its national headquarters in Philadelphia, PA, a move that will create 154 new, high-wage jobs. 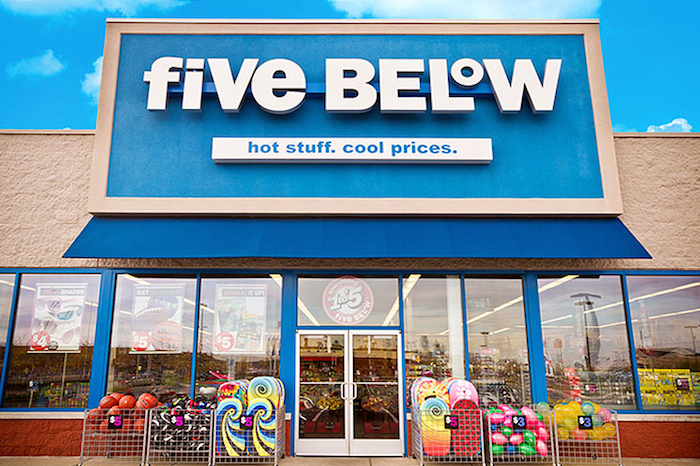 “We knew from day one we wanted Five Below’s headquarters to be in Philadelphia,” said Joel Anderson, CEO of Five Below. “The brand began its amazing legacy here and that’s where it will continue. We can’t say enough how excited we are to stay in Center City Philadelphia and relocate our national headquarters to the emerging vibrant Market East neighborhood. The new office space is truly incredible. Five Below will always be Philadelphia Proud.”

Five Below will expand operations by relocating to 701 Market Street, Philadelphia. The company has signed a long-term lease to occupy 180,000 square feet of office space and another 15,000-square-foot of retail space. Five Below will invest $10.5 million in tenant improvements and new equipment, and has committed to create 154 new, full-time jobs over the next three years and retain 211 existing positions.

“I am pleased that Five Below has chosen to keep its national headquarters in Philadelphia where it can continue its success story at a new location,” said Governor Tom Wolf. “Today’s announcement of 154 new, high-wage jobs marks the second headquarters announcement this month in the city, proving once again that Pennsylvania has the ability to attract and retain major employers.”

Five Below received a funding proposal from the Pennsylvania Department of Community and Economic Development that includes a $900,000 Pennsylvania First program grant, and $462,000 in Job Creation Tax Credits to be distributed upon creation of the new jobs.

The project was coordinated by the Governor’s Action Team in collaboration with the City of Philadelphia and the Philadelphia Industrial Development Corporation.

“I am thrilled Five Below has committed to remain in Philadelphia with its recent decision to locate its new headquarters in Market East,” said Mayor Jim Kenney. “For the past 15 years, Five Below has built an iconic brand, and we are proud to support the company as it continues to grow.”

Relocating or Expanding Your Business In Pennsylvania