Tenneco will open a new facility in Spring Hill, TN and create up to 200 new jobs during the next three years. The automotive supplier company’s new Clean Air manufacturing plant will support programs for General Motors. 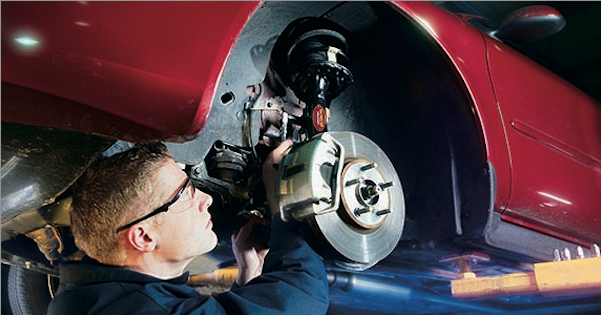 Tenneco’s new 117,000-square foot facility, located near GM’s Spring Hill assembly plant, is scheduled to begin production in late 2016. It will be the company’s second facility in Tennessee, joining its Clean Air plant in Smithville, which employs 650 people.

“We’re very excited to continue providing exceptional products and service to GM from our newest facility in North America,” said Mike Seurynck, Tenneco vice president and general manager North America Clean Air. “We are equally excited to help bring new jobs to the state of Tennessee and thank both the state and the city of Spring Hill for their support.”

The new facility will employ approximately 20 people when it opens, but will gradually grow to employ up to 200 by 2019.

Tenneco is one of the world’s largest designers, manufacturers and marketers of clean air and ride performance products and systems for the automotive, commercial truck, off-highway original equipment markets and the aftermarket. Tenneco is an $8.2 billion global manufacturing company with headquarters in Lake Forest, IL and approximately 30,000 employees worldwide. The Spring Hill facility will be Tenneco’s 65th global Clean Air manufacturing facility and the 16th in North America.

“We want to congratulate Tenneco on its new operations in Spring Hill, which has long been a hub for automotive innovation and a crucial engine for Tennessee’s economy,” said Gov. Bill Haslam. “Tenneco’s investment speaks to the highly-skilled workforce and business-friendly environment we offer global companies that are making the latest strides in automotive engineering, and brings us another step closer to our goal of making Tennessee the No. 1 location in the Southeast for high quality jobs.”

“Tenneco is already one of roughly 930 suppliers that help fuel Tennessee’s automotive sector, which accounts for more than one-in-three manufacturing jobs in the state,” said Tennessee Economic and Community Development Commissioner Randy Boyd. “Tennessee has been fortunate to have a Fortune 500 company of Tenneco’s caliber employ more than 600 Tennesseans in Smithville. On behalf of Team Tennessee, I want to thank Tenneco for choosing to expand further in Tennessee with a new Spring Hill facility that will provide around 200 high-paying jobs in the heart of GM’s supplier park.”

“We are thrilled to see the strong results of what has been a successful economic development effort by all agencies involved,” said Spring Hill Mayor Rick Graham. “I can’t overstate how proud we are to have a third auto part manufacturer choosing to locate its facility in Spring Hill. These are good-paying jobs that will contribute to the city of Spring Hill’s goal of continuing to move away from being a commuter city, allowing more people to live where they work, and spawning more local economic growth.”

“We are elated to welcome Tenneco to Maury County. The high quality jobs created by such a great company will further enhance the positive momentum our community is experiencing,” said Wil Evans, president of the Maury County Chamber and Economic Alliance. “I’d like to thank our regional economic development partners, the Industrial Development Board of Maury County and the Spring Hill Board of Mayor and Alderman for their work on this project. NorthPoint Development has also played a critical role in this project. The facility they are constructing for Tenneco will be world class, just as the others they have built in this supplier park.”

“TVA and Columbia Power & Water Systems congratulate Tenneco on its latest announcement to open operations and create quality job opportunities in Spring Hill, Tennessee,” said TVA Senior Vice President for Economic Development John Bradley. “We are privileged to partner with the Maury Alliance and Tennessee Department of Economic and Community Development to help facilitate Tenneco’s growth in the Valley.”

Relocating or Expanding Your Business In Tennesee