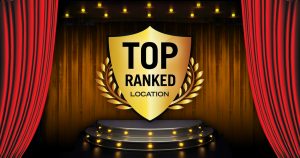 “San Antonio is doing a great job of drawing industry leaders, support firms, talent and capital to form a vibrant economic base that is self-sustaining and exponentially expanding,” BF Editor in Chief Jack Rogers said.

San Antonio’s aerospace industry has grown by over 400 percent in the last 25 years. More than 13,000 San Antonio employees work in the combined aerospace-related maintenance, repair, and operations (MRO), manufacturing, military and air transportation services industry. Jobs in the aerospace industry are among the best paying in the region.

Memphis, TN topped the chart in BF‘s Logistics Leaders ranking, which evaluated the metros with the strongest assets in all forms of shipping, including air, land, water and rail, and factored in the recent growth of logistics and distribution facilities. “Memphis is a logistics powerhouse, home to the FedEx global hub and America’s first Aerotropolis,” Rogers noted. “The multitude of shipping options in Greater Memphis has made the area the logical choice for companies who are deciding where to put their primary distribution facilities.”