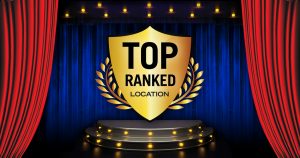 For an unprecedented seventh year in a row, Louisiana again claimed the crown as the top-ranked state in BF’s Workforce Training Leaders rankings category.

Florida, with its ultra-friendly tax and regulatory climate, strong infrastructure and workforce availability (including a healthy number of STEM-trained workers) vaults into our top slot from last year’s sixth-place finish in BF’s Business Climate ranking. Perennial leaders Utah and Texas rounded out the top three in BF’s flagship business ranking.

“The Sunshine State has made good on its promise to clear the regulatory hurdles to business growth. Building on its traditional leadership in aerospace, the Sunshine State has turbocharged emerging growth sectors with a diverse and successful development strategy that promises sustainable job creation for years to come,” BF Editor in Chief Jack Rogers said.

Nevada, crushed by the collapse of the housing market during the Great Recession, has risen from the economic rubble and rocketed to the top of our chart in Economic Growth Potential with a strong construction-led recovery and the development of new high-tech clusters, including Tesla’s five-million-square-foot lithium battery plant in Reno-Sparks. Nevada notched a 10-percent surge in construction jobs in 2015.

“The outlook for the Silver State is shining again, but we’re not talking about the reflective glass on new casino palaces,” Rogers said. “Nevada has made a sure bet on the future.”

He added, “Nevada’s recovery, which is an inspiration to the nation, is built to last on a bevy of high-tech initiatives that will put it firmly on the frontier of 21st-century industry leaders.”

“It’s getting harder to rank the leaders in workforce training because so many states have finally gotten the message that workforce development is Job One in the U.S. A majority of states are aggressively acting to close the critical gap in skilled workers,” Rogers noted.

The BF editor said the best practices for maximizing higher education resources and bringing them to the table with businesses to ensure the availability of a highly skilled workforce still can be found where the nation’s most innovative workforce training program started.

“Louisiana’s FastStart is the best, and the best thing about it is that it keeps getting better,” Rogers said.