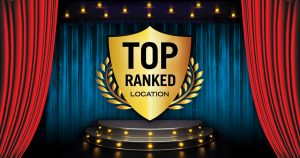 California also led the field in BF’s Solar Power Installation Leaders ranking, which tracked the largest number of new installations in 2015. CA added 3,266 megawatts (MW) in solar photovoltaic installations last year, while North Carolina cemented its hold on second place by tripling its installations (up to 1,140 MW in 2015 from 347 MW in 2014). Massachusetts, Nevada and Arizona also ranked in the top five.

“The success of East Coast states like New Jersey, Massachusetts and North Carolina in the widespread adoption of solar power proves that the exponential growth of solar is not just a Sun Belt phenomenon,” BF Editor in Chief Jack Rogers said.

Texas has installed nearly 18,000 MW of wind power capacity, nearly triple the capacity of second-place Iowa. However, Iowa continues to stand atop BF‘s ranking of states that are using the highest percentage of wind power to generate their electricity.

“With its $7-billion investment in a new wind power transmission grid in West Texas, TX rapidly is increasing the percentage of its electricity that is generated from home-grown wind farms,” Rogers noted.

BF‘s Wind Power Expansion Leaders ranking, which tallied the leaders in wind projects initiated in 2015, confirms that TX has no intention of abdicating its wind power capacity crown any time soon: the Lone Star State began work on more than 5.000 MW of expanded wind farms last year. But two of its neighbors to the north, second-place Oklahoma (880 MW) and no. 3 Kansas (553 MW) put down markers that they’re determined to join the top tier of wind power players.

U.S. wind power continues to grow at an exponential pace, with more than 35 percent of new electric-generating projects involving wind turbines in the past year. There are now more than 1,000 utility-scale wind installations in the U.S., generating nearly 75,000 MW and utilizing more than 48,000 turbines. The number of wind power manufacturing facilities has grown to more than 500, spread across 43 states.

Solar power installations continue to rapidly expand in the U.S. According to the Solar Energy Industry Association, 7.3 gigawatts of solar photovoltaic power was installed nationwide in 2015, a 16-percent increase over the previous year. Total U.S. solar capacity reached 25.6 gigawatts. For the first time, solar power in 2015 accounted for a higher percentage of new U.S. electric-generating capacity than natural gas (29.4 percent for solar; 29 percent for natural gas).

Industry analysts are projecting an exponential surge in U.S. PV installations in 2016–16 gigawatts of new solar power—more than doubling the amount installed in 2015.

“It’s time for the fossil-fuel lobbyists and climate-change deniers who for years mocked the potential of alternative energy to eat their words,” Rogers said.