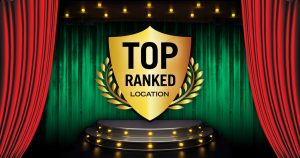 Utah notched a 3.76 percent surge in job growth in 2015, according to revised state numbers for the year released by the Bureau of Labor Statistics in March. Utah was followed by Florida, Nevada, Oregon and Colorado, respectively, in BF‘s ranking, which is based on the percentage of job growth. Each of the top five states in the Job Growth Leaders category achieved employment growth rates of three percent or better.

“The Beehive State—with the fastest-growing young population in the nation, a great higher-education system and a diverse collection of thriving growth clusters—is buzzing with job-creation activity,” BF Editor in Chief Jack Rogers said.

According to an analysis of the BLS statistics by Arizona State University’s W.P. Carey School of Business, Utah not only ranked first in overall nonfarm job growth, but also was No. 1 in job creation for several sectors of the economy, including retail trade, financial activity and professional, scientific and technical services. Nevada’s third-place showing was fueled by a 10-percent increase in construction jobs; fifth-place Colorado saw a surge in healthcare employment.

Texas again ruled the roost in BF‘s Exports Leaders state ranking, which is based on total exports for 2015 as compiled by the International Trade Administration. The Lone Star State amassed $251 billion in exports, well ahead of second-place California’s $165 billion; TX and CA were the only states to exceed $100 billion in exports.