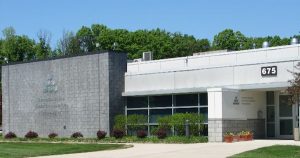 Since the life sciences incubator opened its doors in 2002, tenant companies have generated more than $130 million in revenues during their time at CCIT, and received $385 million in outside funding. The companies also obtained more than $10.6 million through state financing. Companies at the incubator have collaborated with world-renowned New Jersey universities such as Rutgers, Princeton, Stevens Institute of Technology, and New Jersey Institute of Technology. Including New Jersey’s own Princeton University, tenant companies have collaborated with six of the eight Ivy League universities throughout the country, as well as with cancer research/treatment facilities Sloan Kettering in New York and MD Anderson Cancer Center in Texas. CCIT has graduated over 40 companies.

“This data corroborates what we’ve known for a long time,” said EDA Chief Executive Officer Melissa Orsen. “CCIT is a bastion of innovative entrepreneurship whose impact reaches far beyond its doors. We look forward to seeing what the future holds for each of our tenant companies.”

Located in the heart of the state’s research corridor between Rutgers and Princeton universities, CCIT not only offers the most wet labs of any incubator in New Jersey, but also provides access to a wide array of resource and networking opportunities essential to the startup community. The incubator’s leasable space includes offices, as well as both small and large labs. CCIT also offers discounted first-year rent for university spinouts. Additionally, CCIT provides tenant companies with educational programs and a wealth of supporting resources, including helping to identify funding sources and providing access to small business development resources and administrative support.

CCIT graduates have gone on to have an impact across a broad spectrum of areas, including patient care. Princeton-based biotechnology company Advaxis develops tailor-made immunotherapies customized to target the patient’s unique cancer genes, harness the power of the body’s immune system, and attack various forms of cancer. In just the past few months, Advaxis has received a fast track designation for ADXS-HER2 for patients with osteosarcoma, announced promising survival rates from their Phase 2 study of AXAL in women with advanced cervical cancer and was awarded $1.1 million from the FDA’s Orphan Products Grants Program to support their ongoing Phase 2 trial with Baylor College of Medicine for axalimogene filolisbac. Advaxis currently employs more than 45 people.

Amicus Therapeutics is a global biotechnology company at the forefront of advanced therapies to treat a range of devastating rare and orphan diseases. Amicus became CCIT’s first graduate in 2005 when it moved from the incubator to its current facility in Cranbury to accommodate its growing workforce. Amicus currently employs 165 people in the U.S., with the majority of the company situated in New Jersey. The company also employs 50 people internationally.

GENEWIZ, a global leader in research and development genomics services, grew from a two-person operation at CCIT into an internationally-recognized operation. Now headquartered in South Plainfield, NJ, GENEWIZ employs more than 700 people across 12 facilities at major biotech hubs around the world.

Aucta Pharmaceuticals is a new drug product development company concentrating on novel and niche generic product development. Since arriving at CCIT in 2014, Aucta and its founder and CEO Shoufeng Li have enjoyed the collaborative atmosphere that incubator offers. The company also benefited investments made through the Angel Investor Tax Credit Program, which provides a 10 percent refundable tax credit against New Jersey corporation business or gross income tax for qualified investments in an emerging technology business.

VEESAG Mobile creates devices designed to reduce hospital visits and to help people focus on health and wellness. Late summer, both Verizon and Sprint determined that the company’s smartwatch was compatible for use on their networks. With that critical infrastructure in place, VEESAG has started to scale up the manufacturing of its watches in order to make them widely available to consumers. While VEESAG does not lease wet lab space at CCIT, company founder Raj Sadhu points to numerous CCIT resources that have helped him grow his company — particularly the advice he is able seek from professionals on a wide variety of topics, and synergetic environment that the incubator offers.

Relocating or Expanding Your Business In New Jersey