The people of Great Britain have put our closest ally into an unprecedented and globally precarious position by voting in a referendum to leave the European Union. The result of last week’s vote was 52 percent for Leave to 48 percent for Remain, which means that a swing of about two percent of the roughly 33 million people who cast ballots would have resulted in a tie. 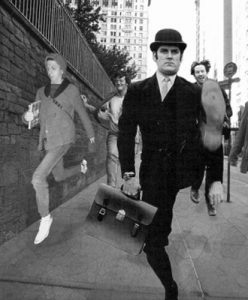 In the chaos that has ensued in Britain since last week’s vote, nobody—including Prime Minister David Cameron, who announced a slow-motion resignation that will not take effect until September at the earliest—seems to know what the next steps will be. Cameron’s majority Conservative party and the opposition Labour party both officially backed the Remain campaign, so now they’re all stumbling around like Monty Python’s Ministry of Silly Walks (this week’s New Yorker cover has them walking off the white cliffs of Dover, silly-style) and pointing fingers of blame at each other.

Cameron declared he won’t put his signature on the official divorce papers that must be sent to the EU (under Article 50 of the EU treaty) to trigger the drawn-out process of negotiating a Brexit, which could take as long as two years to complete. He’s leaving that up to the next prime minister, whose identify won’t be known until the Conservative Party polls its members and chooses a new leader. Boris Johnson, the flamboyant former mayor of London and outspoken Leave proponent (he sports a yellow Trump-like mane that matches his Trumpian rhetoric), was upended as the early favorite today and now seems to be out of the running.

The Labour Party also is in open revolt against its leader, the aging leftie Jeremy Corbyn, who positioned his party to back Remain but was almost invisible during the heated referendum battle. Maybe he was busy re-reading Das Kapital.

So in London we have leadership fights on both sides of the Parliamentary aisle, with one leader resigning in advance (because his services as captain of the ship are still needed even though he’s already told the crew he’s reserving a spot for himself in one of the lifeboats) and the other getting a vote of no-confidence from his party members. But the Tories and the Labourites all seem to be ignoring the elephant in the Thames: the British people, by narrowly approving a referendum contradicting the position on Brexit publicly backed by a solid majority of all members of the House of Commons, effectively have delivered a nationwide vote of no-confidence to the Parliament itself.

Meanwhile, over at EU headquarters in Brussels—at a leadership summit which excluded Cameron—a clearly not-amused Angela Merkel said “nein” to any informal talks about the terms of a Brexit until the Brits can figure out who’s in charge in jolly old England. We say England instead of Britain, because Scotland—which voted overwhelmingly to Remain—is making loud noises that if Britain leaves the EU, Scotland will leave the UK (and stay in the EU). Folks in Northern Ireland, which also voted to Remain, are not relishing the prospect of reestablishing a formal border with Ireland; Sinn Fein publicly has declared it’s time to consider a reunification of Ireland. Great Britain soon may devolve into Little England and Wales (and since the Welsh soccer team has outlasted the English team in the Euro 2016 tournament, well…you get the idea).

Under normal circumstances—if Brexit had been put to a Parliamentary vote, instead of a public referendum, and the majority party’s position was then rejected—the prime minister would resign immediately and ask the Queen to dissolve Parliament so a new Parliamentary election could be held. But there’s nothing normal about what happened in Britain on June 23 and the days that followed: the country (by a slim majority) has rejected the government; the majority party is clinging to the notion that it should retain power and lead the negotiations over leaving the EU even though its leaders (and most of its elected members) wanted to remain in the EU; and the British people (along with much of the rest of the world) now are wondering if the deceptive and emotional Brexit campaign has produced a result that will have unintended and potentially catastrophic consequences, including the end of the UK as we know it and a spiraling disintegration of the European Union.

Fortunately, the unique structure of the British government offers, in Gandhi’s words,”a way out of Hell.”

Great Britain is a constitutional monarchy without a written constitution. Queen Elizabeth is the head of state, a Sovereign who rules over the nation and Parliament through a set of Royal Prerogatives, including:

Like the unwritten constitution, the precise extent of the Royal Prerogatives are not formally delineated, but rather have been shaped by traditions developed over generations. In modern times, the Queen has ceded the real power to Parliament. She serves in a ceremonial role, with her ceremonial approval required for certain actions taken by the government and for the process of transitioning between parties in power.

For example, even though the UK has no Bill of Rights and the Queen technically has the power to censor or even stop the publication of all the newspapers in the realm, in the modern era no monarch would dare to stop the presses. Another example of this delicate minuet between the Crown and representative government is the Queen’s Speech, which Elizabeth—dressed in full regalia, including crown, orb and sceptre—delivers at the opening of Parliament. It’s a detailed State of the Union-type blueprint of the legislative agenda for the government, but the speech isn’t written by the Queen; it’s drafted by the prime minister, handed to the Queen and she delivers it word for word as written.

Which brings us to the matter at hand: how to resolve the anomaly created by a non-binding decision from British voters which contradicts the government’s stated position on a potentially existential issue for the UK and instructs it to undertake an initiative (Brexit) the government clearly is not prepared to execute. It seems to us there’s a solution that not only would resolve the crisis in Parliament, but more importantly would give the people of Great Britain a much-needed opportunity to reflect on their Brexit choice and perhaps reverse it. This solution can only come from the majestic lady living in Buckingham Palace, based on a slightly expansive interpretation of her Prerogatives:

The Queen should dissolve Parliament without a request from the feckless Mr. Cameron, which would result in the election of new Parliament five weeks from now (yes, it’s hard to believe, but that’s the time limit for campaigns in Great Britain—a civilized model we might want to emulate on this side of the pond). Her Majesty also should suggest, in that subtle and wonderfully dignified way of hers, that it would be very useful if every individual standing for a seat in the House of Commons in the upcoming election declare their support or opposition to a Brexit and tell the voters precisely why they have chosen their position.

It won’t exactly be a do-over of the Brexit referendum, but the outcome would have the same effect as a do-over, since a Brexit can’t be initiated without the support of a majority in Parliament.

It boils down to this: if a majority of the newly elected members of Parliament (regardless of party affiliation) support a Brexit, then the divorce papers will be sent to Brussels. If the majority says Remain, then the Brits can go back to grumbling about the faceless EU bureaucrats in Brussels and we can all remember June 23 as nothing more than another one of Boris Johnson’s bad-hair days.

Queen Elizabeth of course will remain neutral during the campaign for a new Parliament, as she is required to do by Britain’s unwritten constitution. But there’s nothing preventing Liz—in a nod to her German heritage and her husband’s Greek heritage (what, you thought they were English?)—from inviting the German chancellor and the Greek prime minister over to Buckingham Palace for a cup of tea and a friendly chat about the challenges facing a frazzled, but still-united Europe. 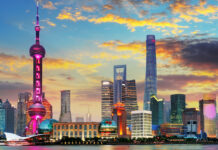