No one knows for certain what the impact will be if voters in Great Britain decide in a June 23 referendum to have the country leave the 28-nation European Union. The latest polls indicate the Brits may be leaning towards approving a “Brexit,” probably not the outcome Prime Minister David Cameron had in mind when he promised an EU referendum in exchange for the votes he needed to secure a large Conservative majority in the 2015 parliamentary elections in Britain. 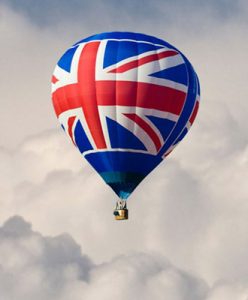 A yes vote on a Brexit could roil global markets, alter the balance of power within Europe and diminish the special relationship between the UK and the U.S. Or it could be nothing more than a blip—a minor adjustment—since the Brits always have been careful to have an arms-length approach to their EU membership, most famously exempting the UK from adopting the euro, the single currency used in all other EU member-states.

But there’s also a very strong possibility a Brexit—which would mark the first time a founding EU member has seceded—will signal the beginning of the end of the European Union, a not-so-grand experiment that appears ready to be hoisted on the petard of its half-century-long inability to bridge the gap between national sovereignty and continental cohesion.

The collapse of the Soviet Union in 1990 triggered a rapid expansion in the EU. After the Iron Curtain was breached, the stale air that came hissing out of the Evil Empire’s bankrupt balloon induced what in hindsight now appears to have been delusions of grandeur at EU headquarters in Brussels. One of the world’s two superpowers had imploded, and Europe figured it had the right stuff to move into the void left on the world stage by the USSR.

In the two decades that followed the collapse of the USSR, the EU moved at warp speed to absorb most of the newly liberated Warsaw Pact nations of Eastern Europe (a group that would have included Ukraine if Vladimir Putin had chosen to keep his thugs on a leash), pushing the EU’s overall population to more than half a billion. The EU rushed into a series of consolidating mandates, large and small. The big stuff included the adoption of the euro and a single passport for the Eurozone, as well as a continent-wide embrace of stringent protections for human rights and the environment. These bold measures were accompanied by a torrent of stifling and picayune regulations churned out by the faceless bureaucrats in Brussels with little more than a nod to consensus, on everything from what farmers could grow to the number of bananas that could be sold in bunches.

But, in this decade, reality intervened; an onslaught of global events has shined a harsh spotlight on huge cracks in the EU facade.

The Great Recession produced a debt crisis that exposed the euro as a fake currency backed by a timid and nearly powerless central European bank controlled in Frankfurt. The Germans made it clear to the Greeks that Union does not mean that debts are shared or fiscal stability is the responsibility of all. Russia’s brutal intervention in Ukraine (and its annexation of Crimea) exposed the EU as a toothless paper tiger that could easily be devoured in the absence of NATO’s protective arsenal, built, paid for and manned by America.

And, most recently, a tidal wave of human migration triggered by the bloodbath in Syria and chaos in Northern Africa has filled Europe with millions of asylum-seekers. The continent-wide EU passport soon will be a collector’s item, as newly minted EU members in the Balkans rush to put up border fences topped with barbed-wire, the EU begs Turkey to stem the migration from Syria into Greece and, every week, the Italian Navy rescues thousands of people jammed into leaky rowboats trying to cross the Mediterranean from Africa.

The migrant crisis now looms as the issue most likely to be the tipping point in the Brexit vote. Cameron’s government was forced to reveal last week that the net inflow of migrants into Britain topped 333.000 in 2015, more than double what the government had predicted.

It looks like the Brits may be getting ready to raise the symbolic drawbridge over the Channel. We don’t know what they’ll be leaving behind in the Continent on the other side, but we suspect it’ll look a lot more like the map of pre-WWII Europe than anything resembling a European Union.