There’s been a lot of overheated political rhetoric lately about how the U.S. is getting the short end of the stick from free trade agreements, losing jobs to foreign producers who flood America with subsidized exports. We should tear up these trade pacts, the argument goes, and we need to tell the leaders of China that if they don’t stop manipulating their currency we may have to radically adjust the balance of trade by erecting a huge barrier of new tariffs. 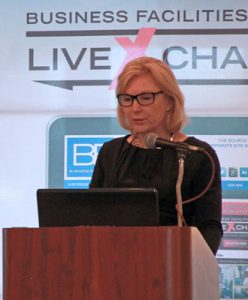 But while one of the candidates for president keeps talking about smacking America’s trading partners around, in the real world the complex and at times contradictory symbiosis that joins the economies of the U.S. and China at the hip seems to be strengthening.

For the better part of two decades, we’ve watched China maintain annual GDP growth of eight percent or better by revving up an economic engine fueled by trillions of U.S. dollars. Unfettered by the niceties of fair competition or reciprocal open markets, teeming (until recently) with cheap labor, China has eaten our breakfast, lunch and dinner while our leaders in Washington looked the other way or changed the subject. As the guy who owns the glitzy tower on Fifth Avenue keeps telling us, this year’s U.S. trade deficit with China may top $500 billion.

But here’s the dirty little secret: our leaders have played possum on this staggering trade imbalance because the U.S. needs China to maintain an Everest of dollars (the PRC is believed to have nearly $3 trillion in cash reserves, all of them greenbacks) so we have a reliable customer for our Treasury bonds, which we sell to fund the ongoing expenditures of the federal government.

That’s right, China is the piggy bank that has permitted the U.S. Congress to spend trillions more than the IRS collected in tax revenues during the past 15 years, going back to that precious moment at the dawn of the millennium when George W. Bush and Al Gore were arguing over whether to stick our last budget surplus in a “lockbox” to keep Social Security solvent or to give wealthy Americans huge tax breaks.

Lets face it: when your national debt is more than $20 trillion and sitting on the other side of the negotiating table is one of your largest creditors, waving denial of access to the U.S. market around like a club may not be the most effective way to level the playing field between the world’s two largest economies.

The U.S. Commerce Department has been actively promoting a different strategy, one that actually strengthens rather than weakens the economic bond between China and the U.S. Through its SelectUSA initiative, Commerce is leading a nationwide effort to make the U.S. the most attractive global destination for foreign direct investment, including billions of dollars in projects from China. During President Xi Jinping’s first visit to the U.S., he let it be known that China may invest as much as $1 trillion in the U.S. in coming years.

Attendees at the 12th Annual Business Facilities LiveXchange event, which took place last month at the Grand Hyatt Pier Sixty-Six in Fort Lauderdale, FL, got a first-hand report on global FDI trends from two of the world’s leading experts on the subject. Our Growth Without Borders keynote panel discussion featured Peggy Philbin, Deputy Director of SelectUSA, and Courtney Fingar, Editor in Chief of fDI magazine, the Financial Times Group publication that offers the most comprehensive coverage of FDI trends.

Fingar previewed data from fDi‘s 2016 Global Trends Report. She also shared her insights on the evolving dynamic of China’s position as both a recipient and provider of foreign direct investment.

The most startling development Fingar revealed is that FDI going into China declined last year by 23 percent in terms of capital investment; it declined 16 percent measured in projects. In fact, the PRC was overtaken by India for the first time as the top global destination for FDI. So it looks like the “all of our jobs are moving to China” meme may be a bit outdated. However, the U.S. was still the top source country for FDI in 2015, meaning that U.S.-based companies still are eager to build facilities in other countries.

But the inflow of FDI into the U.S. actually outpaced the amount of FDI going to China; the U.S. notched nearly $60 billion in foreign investments, while China received about $56 billion. Here’s where the picture really gets better, in terms of the tilt of the playing field: China’s outbound FDI exceeded its inflow; the PRC invested $59 billion in overseas projects, with a growing amount going to projects in the U.S.

At LiveXchange, we asked Fingar if China’s recent economic slowdown (6.5 percent growth is considered a downturn in the world’s most populous nation) would prevent it from delivering on the $1-trillion bonanza in FDI it says it’s planning for the U.S.

“A trillion is potentially a bit optimistic, but regardless of the current difficulties in the PRC there’s still a lot to be gained for China to pursue (outbound) foreign investment. It’s part of their foreign policy now,” Fingar said. “Chinese companies are being encouraged and supported to expand overseas. China has a lot of money to spend and they use big strategic investments as the sharp end of their foreign policy. So I anticipate there’s still a lot of hope (for the U.S.) to get a lot of huge investments from China.”

Philbin told our LiveXchange attendees that free trade agreements actually serve as an inducement for other countries to invest in the U.S.

“More and more foreign companies are using our free-trade agreements as a platform for exports [from the U.S.]—20 percent of all the goods exported from the U.S. come from foreign-owned companies [manufacturing] in the United States,” she said. “The stability of the U.S market, our banking, legal, and regulatory system, assures people they can safely put their money and assets here. Foreign companies that come into the United States are treated the same as U.S.-based companies, and that’s a very powerful argument to make.”

[You can view the Growth Without Borders panel discussion here.]

If you need more proof that the U.S.-China economic competition isn’t as one-sided as the political rhetoric suggests, consider this: while BF was busy wrapping up our most successful LiveXchange event, TN Gov. Bill Haslam was heading to China on a 10-day mission to snare some large FDI projects for the Volunteer State.

“Tennessee and Shanghai share mutual strengths in advanced manufacturing, health care, aerospace and agriculture,” Haslam said. “We are building and enhancing the partnership between our governments to help Tennessee successfully grow in each of these sectors. I look forward to promoting job creation and economic development through this collaboration as we continue our work to make Tennessee the No. 1 location in the Southeast for high-quality jobs.”

“Tennessee is home to over 20 China-based establishments employing more than 2,000 Tennesseans, and through our interactions with the companies here today, we hope to build upon that number,” Boyd said. “The partnerships we have created while on this trip present a promising future for Team Tennessee, and I’m eager to see this progress in the time ahead.”

As reported by ShanghaiDaily.com, Yang said the development of Sino-US trade ties is essential for global economic stability. Shanghai has close economic ties with American cities and is sister city of San Francisco, Chicago and Houston. He said the Shanghai FTZ has become a platform for Chinese companies to invest overseas and for foreign companies to enter the Chinese market. He added that the state of Tennessee has advantages in agriculture, air transport, health care and tourism, and declared that Shanghai wants to enhance cooperation with Tennessee.