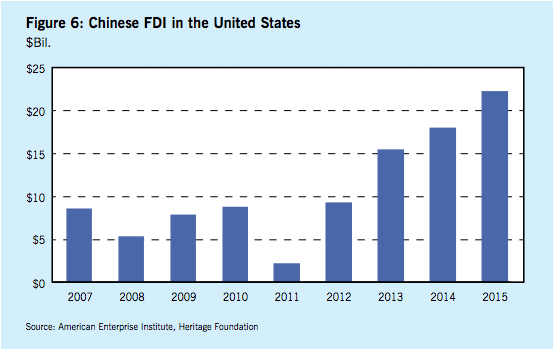 Chinese real estate investors acquired at least $17.1 billion of existing commercial property between 2010 and 2015, representing an annual growth rate of 70%, according to the report. Half of that investment came in 2015 alone. While 70% of commercial real estate transaction value between 2010 and 2015 was concentrated in the New York, Los Angeles, and San Francisco metro areas, the remaining volume is spread widely throughout the rest of the country.

Chinese capital has had a significant impact on the U.S. economy and jobs, the report finds. Chinese-funded projects under construction or planned totaled at least $15 billion by the end of 2015. These range from multi-billion-dollar mixed-use projects in Los Angeles and the San Francisco Bay Area to smaller-scale developments in secondary markets. The report also estimates that the EB-5 immigration visa program has generated at least $9.5 billion of Chinese investment capital and contributed to the creation of 200,000 jobs since 2010. 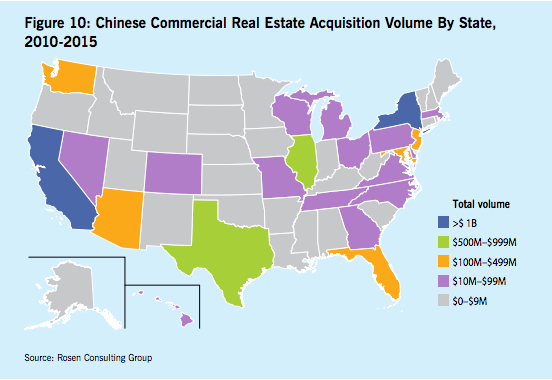 “This wave of investment is coming from diverse sources in China,” said Arthur Margon, a partner at RCG and one of the authors of the report. “But that’s really a small piece of the potential investor universe.”

Breaking Ground combines information from public records, reports, and trade groups with RCG’s database, based in part on gathering of data and interviews with industry sources. 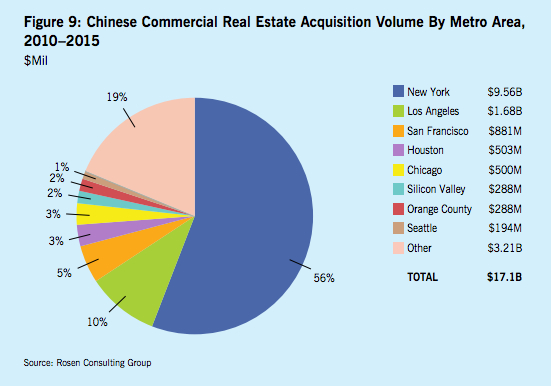 “Policymakers, business leaders, and the general public in the United States still do not have a comprehensive understanding of the patterns and implications of Chinese investment in the United States,” Bruce Pickering, VP, Global Programs, Asia Society and Executive Director, Asia Society Northern California and Jonathan Karp, Executive Director, Asia Society Southern California write in the report’s introduction. “This report paints a clearer picture of what these investments mean for this country.

Breaking Ground is the fourth report in a series dating back to 2011 that looks at the broader phenomenon of Chinese investment in the U.S. The past reports, produced as a partnership between Asia Society and Rhodium Group, have looked at foreign direct investments from China at the national level and in California, and at investments in the high tech sector.