If your household is like ours, what gets watched on television usually depends on who establishes hegemony over the remote-control switcher. During the World Series, we make sure the switcher is never more than four inches away from our right hand. However, we hand it over when fans of tepid British offerings like Downton Abbey threaten nuclear annihilation if they can’t find out whether the butler got fired for failing to polish the silver. 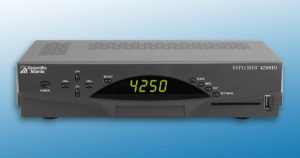 There’s a battle going on right now over another ubiquitous TV device, with much higher stakes. President Obama announced today his support for a pending proposal at the Federal Communications Commission to end the cable TV industry’s monopoly over set-top cable boxes. The FCC tentatively approved the proposal in February, starting a 60-day comment period that will close in May. [Editor’s Note: we know these boxes no longer sit on top of the set in an era of flat-screen TVs, but that’s what they’ve always been called].

Obama appointed a majority of the current FCC commissioners, so the president’s support may sway the agency to give its final approval to the box proposal. Obama’s tilt two years ago in favor of net neutrality is largely credited with winning the fight against a two-lane Internet (which would have put large corporations in an HOV-style fast lane on the Web and the rest of us crawling along in the slow lane; the FCC ruled in favor of net neutrality). Obama is positioning his support for the set-top box proposal as part of a broad new initiative: the president said he will sign an executive order calling on every federal agency to send him proposals within 60 days for steps they can take to promote competition in a range of industries and better protect consumers.

The fact that the president’s newfound, end-of-term vigor for competition is being heralded the day after we all learned about his complete failure to break up “too big to fail” banks is merely a coincidence, right? We all know Obama had much greater priorities on his agenda, including his pledge to visit all 50 states during his presidency (44 hit 50 last year, when he landed in South Dakota for a legacy-capping photo op of Barack gazing up through his shades at Mt. Rushmore).

The stakes in the fight over set-top boxes encompasses much more than who gets the lion’s share of revenue generated by the boxes, which are standard equipment for every cable TV set-up. The FCC’s ruling on the proposal may determine the future of television itself.

Like every previous squabble over a monopolistic practice, the argument over the set-top boxes was spurred by corporate overreach at the expense of the average consumer, a.k.a. greed. Since its arrival in our living rooms and dens in the mid-1970s, the cable TV industry has reaped billions in revenue from exorbitant monthly charges to deliver the signal for hundreds of channels to consumers; they sell the channels to us in packages, even if we only watch a dozen or so, whether we want the whole enchilada or not.

But shoving obscure and repetitive programming (as in four channels that give you the weather) down our throats wasn’t enough to satisfy the fiscal maw of the cable giants. So they strayed into vertical-integration territory and demanded that we use only their set-top boxes, which are required on every TV in the house and for which we are charged monthly fees (the industry calls them “leases”) that cost the average consumer more than $200 per year.

If the FCC orders competition in set-top boxes, the decision will do a lot more than save some of our hard-earned moolah. The cable giants are putting up a fierce fight to prevent this because they know that a bigger prize than revenue is on the table: according to industry experts, the set-top box will be replaced by a Trojan horse of a device that will revolutionize television; the new multipurpose boxes—which will be able to serve up streaming media as well as cable and satellite offerings—pose a direct threat to the business models of cable TV giants like Comcast, Time Warner and Cablevision.

The biggest cheerleaders for the set-top box proposal are tech giants like Google, Amazon and Apple, all of which are vying to establish a broader foothold in the TV market, which is poised to shift from traditional cable services to streaming media.

In the face of competition from tech goliaths that are much bigger than they are, the cable industry has been reduced to whining about the impending FCC decision, calling it—wait for it—”a giveaway to wealthy tech companies.” We suspect that the cable TV folks’ positioning of themselves as protectors of the little guys won’t sway too many people, but maybe we’re just remembering the 100 or so times they shut off our signal when our bill was more than a minute overdue.

The tech giants also appear to have history on their side: they’re comparing the set-top boxes to the clunky telephones with limited functionality that consumers once had to rent from telephone companies as a condition of service, noting that when the FCC in the 1980s opened the telephone industry to competition, the price, styles and functionality of telephones improved.

Final FCC approval of the new box rule will give American families the option to own a low-cost box that will integrate everything they want in one, easier-to-use device. What’s not to like?

This won’t end the fight in our house over Downton Abbey et al, but the loser will be greatly soothed by the knowledge that the butler’s tut-tutting is being streamed onto our flat screen and we’re no longer being excessively charged by a cable TV oligarchy to see him serve the prime rib to his masters.

In a word, (as the Brits would say) brilliant.