Every year, when we research the latest available data for our annual State Rankings Report, we search for the most reliable sources with the most up-to-date information. 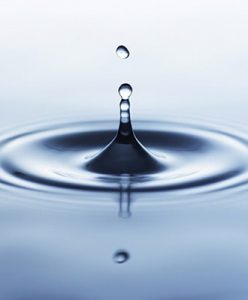 For example, the DOE’s Energy Information Administration (EIA) is the place to look for accurate tallies of installed wind turbines or solar power capacity by state. The Bureau of Labor Statistics is where you go for employment data per industry sector or per capita spending on education. You can be confident data you get from these government sources reflects a snapshot of the activity in the past 12 months.

When we put together our 2015 Rankings Report, we were hoping to include a new category ranking the states that are doing the best job of preserving and expanding their water resources, a critical priority which is growing in importance in direct proportion to the inexorable shrinking of the overall water supply in the U.S. We assumed the logical place to start was the federal government’s statistics for state-by-state water usage, but we were disappointed to discover that the government’s most recent water use numbers are from 2010. That’s right, tracking water use has been such a low national priority that the Feds only survey it every five years. So we put our new Water Resources ranking on hold.

We’re please to report that the nation’s approach to water resources may be about to take a giant leap forward. Next week (on March 22, which the United Nations has designated World Water Day), the Obama Administration is hosting the first White House Water Summit, which aims to move water resources to the top of the national agenda.

The Summit will highlight the urgent need to get a precise annual fix of the nation’s water usage, enabling all of us to see where water resources are being conserved with maximum efficiency—or where an appalling amount of water is being wasted. Discussions in the lead-up to the Summit (the White House hosted leading experts at a water roundtable in December) have focused on the need to have the U.S. Geological Survey, which currently has a small team take five years to produce its comprehensive water-use analysis, upgrade its program using the EIA as a model. The goal is to create an annual survey of water use by each state, breaking these statistics down by quality and quantity, and by source, telling us exactly how the nation’s farms, factories and homes are consuming this precious resource.

If you doubt the need for an annual U.S. water snapshot, consider this: in the five years since the last federal water-use survey was released, Texas suffered a four-year drought and California suffered a five-year drought, while municipal water supplies in numerous locations—including Flint, MI, Toledo, OH and Charleston, WV—were severely disrupted by pollution that made the local water supply undrinkable. The current water-use numbers for all of the above are dramatically different that the old statistics still being posted by the federal government.

In an Op-Ed piece published in The New York Times this week, one of the nation’s leading water experts, Charles Fishman, urged the Summit to make upgrading water-use statistics a top priority. According to Fishman, author of the book The Big Thirst: The Secret Life and Turbulence Future of Water, revamping the way we’re collecting and reporting water use is the most effective step we can take (at a relatively low cost) to quickly and dramatically improve our understanding of what needs to be done to conserve and expand our water resources.

Modernizing water data “would unleash an era of water innovation unlike anything [we’ve seen} in a century,” Fishman declared, in his Op-Ed piece.

Fishman says Congress needs to authorize the U.S. Geological Survey to drill down into specific sub-sectors of water use and to quickly release the data it develops. For example, he says, we need to know how much water is being consumed by fracking operations; whether strawberry growers are using more water than other fruit producers; and, specifically, whether these and other industrial or agricultural operations are drawing water from rivers, reservoirs or diminishing groundwater sources like aquifers. Monthly data should be available on large-scale usage by power plants, farmers and water utilities, he adds.

Fishman predicts that “good data” can go a long way towards putting our water-use behavior on a more sustainable path. He cites the relatively recent introduction of miles-per-gallon gauges in our cars, which enable drivers to understand how their driving is impacting on fuel consumption (encouraging all of us to ease up on the gas pedal). Fishman suggests that letting consumers know whether tomato farmers in California or Florida are doing a better job of conserving water also can induce those producers to enter into a healthy water-efficiency competition.

In the wake of the 2015 UN Climate Change Conference in Paris, where 196 countries agreed to reduce emissions and contributions to greenhouse gas, the White House announced a “Public-Private Innovation Strategy to Build a Sustainable Water Future” and convened its roundtable of experts to discuss water innovation. The roundtable drew more than 50 attendees representing federal agencies, academia, industry, and utilities.

At the roundtable, U.S. Secretary of the Interior Sally Jewell announced the formation of the Natural Resource Investment Center. “Our goal is to provide resources and information to many partners involved in water resources across the country and to bring private sector, non-profits, academic institutions, states, and other stakeholders to the table,” she said, explaining that collaboration would be achieved through increased water exchanges, improved water infrastructure and mitigation banking.

While the roundtable was a chance for industry insiders to gather and be assured that the Executive Branch has a plan of action, the Summit is shaping up to be a much higher-profile event, which the Obama Administration will use to gauge the effectiveness of the its public-private strategy. The White House says presenters at the Summit will offer “specific and measurable steps” that organizations can take to “build a sustainable and secure water future through innovative science and technology.”

The White House Water Summit will be livestreamed on www.whitehouse.gov/live.