The Jack Daniel Distillery in Lynchburg, TN will undergo a $140 million expansion. Parent company Brown-Forman Corporation will build two new barrelhouses, as well as modify and expand the existing Jack Daniel’s bottling facility to provide additional bottling and shipping capacity to meet future demand. As a result, 30 new jobs will be created in Moore County. 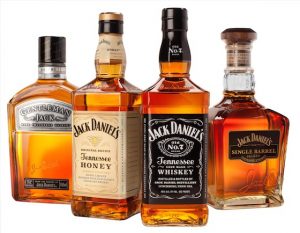 “Jack Daniel’s is a Tennessee tradition that was born in one of Tennessee’s smallest counties and has grown into a globally recognized brand. That says a lot about the quality and commitment of Moore County’s workforce,” said Gov. Bill Haslam. “I thank Brown-Forman and the Jack Daniel Distillery for their continued investment in Lynchburg and bringing us closer to making Tennessee the No. 1 location in the Southeast for high quality jobs.”

“Tennessee is home to many brands known around the world, and of those brands, Jack Daniel’s certainly ranks among the top of the list,” said Tennessee Department of Economic and Community Development Commissioner Randy Boyd. “This year marks the 150th anniversary of the Jack Daniel Distillery and as one of the state’s most respected brands, we thank the company for its long history in our state and its continued contribution to Team Tennessee.” 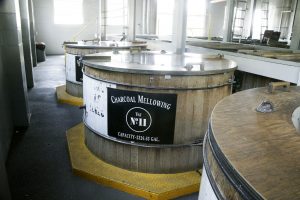 The Jack Daniel Distillery underwent a separate expansion less than three years ago which included the addition of stills, barrel warehouses and related infrastructure. The project represented an investment of $103 million and the creation of 94 jobs.

“The bourbon and American whiskey category is booming, and we appreciate the support of our Tennessee state and economic development officials as we work to meet global demand for Jack Daniel’s,” said Larry Combs, SVP General Manager Jack Daniel’s Supply Chain. “We are especially proud that this second expansion announcement comes as we celebrate the 150th anniversary of the Jack Daniel Distillery, America’s Oldest Registered Distillery.”

In addition to the new barrelhouses and bottling facility modifications, the current expansion will also involve renovations to the Visitor Center to support increased tourism and enhance the visitor experience. Last year, the Distillery received more than 275,000 guests from around the world.