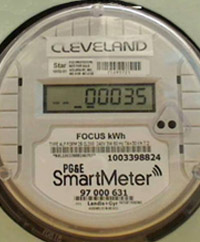 The percentage of electricity generated by renewables continues to surge in the United States. According to the latest statistics from the U.S. Department of Energy’s Energy Information Administration (EIA), utility-scale renewables are on track to supply 14 percent of the nation’s electricity this year. This output represents a projected nine percent increase in the share of energy provided by utility-scale wind and solar installations, the EIA says.

But the across-the-board surge in installed wind and solar power generation is not being matched by a nationwide upgrade of the electricity power grid. That’s being done on a state-by-state basis and, according to a new index, a handful of states are way ahead of the rest of the country in the grid modernization race.

GridWise Alliance, an organization that promotes the integration of new grid technologies, and the energy research and analysis firm Clean Edge produce an annual Grid Modernization Index that ranks states on policy and agency support for grid modernization, utility rate structure engagement and smart meters, sensors and advanced technology deployment, among other factors.

As reported in the power industry e-newsletter UtilityDIVE, this year only nine states and Washington, D.C. scored above 50 on the Grid Modernization Index’s 0-100 point scale. The other states scored below 50, with half of them struggling to get past 25. Top-ranked California, second-place finisher Illinois and no. 3 Texas all exceeded 75 on the Index, followed by Maryland, Delaware, DC, Oregon, Arizona, Pennsylvania and Georgia.

The disparity between the states leading in grid modernization and the rest of the country is revealed in these averages: the top 10 in the Index registered an average overall score of 64; the states ranked 11 through 20 averaged 41 points; the average drops to 27 points for the states ranked 21 through 30. [Five states—Louisiana, North Carolina, Wyoming, New Hampshire and Oregon—improved their scores by more than 10 points compared to last year’s Index.]

Nationwide, the number of smart meters (with two-way communication capability) passed the number of old-line meters in 2013. But the majority of states are not ready to deal with the avalanche of data being generated by the new advanced metering infrastructure, UtilityDrive reports.

The report cited several utilities as frontrunners in the push for grid modernization, including CenterPoint and Oncor in Texas; Duke Energy in North Carolina; Con Ed in New York; and Green Mountain Power in Vermont.

While states are racing to embrace smart-grid technology, the private sector is getting ready to take the most advanced energy technology off the grid. You read that right—here are two examples, both recently reported by UtilityDIVE:

— Power industry hardware and software venders are gearing up to offer cloud-based smart-grid technology solutions, generically known in the industry as Smart Grid as a Service (SGaaS). SGaaS include home energy management, advanced metering infrastructure, distribution/substation automation, demand response, software solutions and analytics. Analysts say the traditional reluctance of utilities to outsource operational needs is beginning to break down as they face the challenge of complex smart-grid systems integration. Navagant Research forecasts that the global SGaaS market, estimated at $1.7 billion in 2014, will grow to $11 billion in 2023.

–Sonnen, a German firm specializing in smart energy storage systems, has declared it wants to become the “Airbnb of energy.” The company, which recently opened a U.S. headquarters in Los Angeles, aims to link solar arrays and storage devices into a “virtual grid” that allows members to trade electricity among themselves and sell excess power into the wholesale market, circumventing the local utility.

If you’re one of those folks (like us) who has to move a couple a boxes in your basement to let the guy read your not-so-smart meter, the impending transformation of the nation’s electricity system may be inducing a case of future shock. Let’s all hope the smart-grid techies have better programmers than the smart-grid hackers. Memo to self: the flashlight’s on top of the meter.