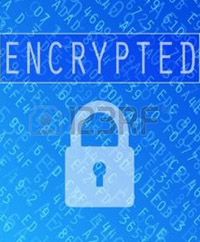 Before we left the house today, we packed up our trusty MacBook, admiring as we always do its sleek design and perfectly aligned components. Steve Jobs really had an eye for detail. Everything had to be perfect in his world.

Forgive us if we forgot to take a moment to remember the slave laborer in China who assembled the MacBook. We hope he wasn’t one of dozens of workers at the Foxconn factory who got so depressed by the working conditions there they jumped off the roof. Steve never told us about the jumpers, because the business affairs of the world’s most-profitable company were none of our business, especially if they took place within the borders of a totalitarian dictatorship.

The only reason anyone found out about the Apple-related suicides is because someone with no respect for the privacy of a multinational tech giant took a smart-phone picture of the nets Foxconn installed under the roof to catch the jumpers. Then they posted the image on the World Wide Web. That Internet thing is a real boon for nosy Nellies.

When we walked out of the house today, we weren’t thinking about Google, just fishing around in our pocket for some loose change for the highway tolls. But now that we mention it, we hope the Google Earth satellite has updated their picture of our house. The last view of our house, as captured by Google’s satellite—the image they posted on the Internet—features our old car in the driveway, a vehicle currently lying in pieces in a scrap-metal yard somewhere.

When we got to work, we googled up a 360-degree view of a new restaurant in Manhattan we may visit this weekend. The view was created by a Google car, one of hundreds that have roamed all of America’s cities and towns, collecting images of every building on every street from every angle. Google has assured everyone that its cars are only taking pictures; they aren’t equipped to capture data signals from the targets.

But of course Google does have a record of our online search for the restaurant. Google has a record of every search we’ve ever made on the Internet, including the one six years ago when we were trying to settle an argument over whether Abe Vigoda was still alive. They have a record of every search anyone on Earth has ever made using Google’s famous search engine. A few months ago, Google told us they wouldn’t keep those records forever, just for around three months. In the interest of, you know, privacy.

Since lunchtime was still a few hours away, we decided to take our mind off food by researching the question of whether being born in Canada can prevent anyone from running for president. It only took a couple of entries for Google’s engine to serve up every relevant case on the subject of citizenship, case law that came directly out of bound volumes in the Harvard Law Library. Google had posted the content of those volumes as part of its global program to digitize all of the published works that have ever been written. Presumably, they’ve also posted the legal arguments they’ve made in federal courts against the application of copyright laws—analog relics from an ancient time when private property was actually private—to their digital domain.

We were on the verge of discovering what it really means to be a natural-born citizen when our Twitter feed alerted us to a news flash:

The FBI has been issued a warrant by a federal court in California to access the data on an iPhone used by one of the terrorists who murdered 14 people at a Christmas party in San Bernardino. The FBI has the device, but has been unable to obtain this data itself because Apple installed encryption software on the iPhone. FBI Director James Comey has publicly demanded that Apple provide the technical means to penetrate the encryption software, so the FBI can determine if the San Bernardino killers were communicating with other potential terrorists still roaming around the United States.

Apple CEO Tim Cook is refusing to cooperate with the FBI because, he says, his company is dedicated to protecting the privacy of its customers. Such cooperation would create a dangerous precedent, Cook says. Let’s complete Mr. Cook’s sentence for him so we can all hear how it sounds when you actually say the whole thing: cooperating with law enforcement agencies to protect the general public from another mass slaughter would create a dangerous precedent.

Soon after Cook angrily told the FBI director to mind his own business, Google CEO Sundar Pichai jumped on Twitter to let everyone know that Google supports Apple’s refusal to assist the FBI. “Forcing companies to enable hacking could compromise users’ privacy,” Pichai declared. So, according to Apple and Google, they are the defenders of privacy, which trumps national security.

We know what you’re thinking: these tech giants didn’t always treat privacy with religious fervor. In the not-so-distant past, on privacy issues they were sinners—until they heard a sermon from a privacy preacher named Edward Snowden.

In 2013, Edward Snowden was a 29-year-old programming dweeb who worked in the bowels of an NSA contractor processing gigabits of data the U.S. national security apparatus was intercepting in the post-9/11 era. That would be every digital communication in the world, coming into or going out of the U.S. on AT&T’s primary Internet cable in Washington D.C., which the Feds spliced in 2002. They ran this data through supercomputers, hunting for signals and similarities (the spies call it chatter) that might indicate where the terrorists would strike next.

Since his job was kind of boring, Snowden started poking around in some of this data. This was before he became the self-proclaimed High Priest of the new religion of Global Privacy, which he founded and now counts among its worshippers the Apple and Google CEOs; it was after he filled out a military recruitment form and listed his religion as Buddhism, adding a notation that Agnostic was “strangely absent” as a choice on the form.

Snowden realized that, from his little perch in the NSA contractor’s basement, he could read everybody’s email. He later claimed he made this discovery by overhearing his co-workers laughing about somebody’s private email messages, something about a lovers’ spat. But, of course, Snowden had to confirm these suspicions himself. Not to violate anybody’s privacy, but, you know, to see how much privacy was being violated. So he started reading a lot of email messages. Everybody else’s email.

Now, if you had access to a humongous database of private stuff—including some of the most top-secret data held by the U.S. national security apparatus, which is as “eyes-only” as it gets—and you were starting to get these deep, almost religious feelings about protecting everyone’s privacy, what would you do to protect that privacy? If you considered yourself a whistleblower, you’d blow the whistle, right?

But Edward Snowden was a lonely guy, and it gets even lonelier when you become a whistleblower, and he had made so many new imaginary friends when he was reading those private emails and he knew so many secrets and well, he wanted to be a well-liked whistleblower, warmly embraced by the millions of people who would worship at the altar of his new Church of Global Privacy and marvel at his voluntary martyrdom. Just calling the local newspaper wouldn’t cut it for someone who was going to be so famous and so important, a transformative figure, not the nerdy geek with the headphones at desk 25 of sub-basement level three at the NSA’s branch office.

So Edward Snowden copied 1.8 million classified documents from the NSA’s top-secret database and downloaded these docs into his personal laptop. Really private stuff, including the names of some of the unknown heroes who are helping us fight the global terrorist networks, people who are tortured and killed by the bad guys if their identities are exposed. Then Snowden boarded an airplane and flew overseas and transferred his files to a night-crawling creep of a writer for a British tabloid who promised to check for really dangerous stuff before he posted a huge chunk of it on the Web. Oops, the writer forgot to check and people probably got killed.

Snowden has a lot of time now to ponder the wisdom of disgorging an avalanche of stolen secrets in the name of protecting privacy. He’s a “guest” in a Moscow hotel room, room service paid for by Vladimir Putin. There are some burly guys in leather jackets hanging around outside his door, his phone is tapped and there are little cameras all over his room, including one behind the bathroom mirror.

Are you enjoying your privacy, Comrade Snowden? Real whistleblowers come home and face the music. Weasels pretend they like the winter weather in Moscow and enjoy eating borscht for dinner three nights a week.

Memo to Director Comey: put padlocks on the doors of the corporate headquarters in Silicon Valley of Apple and Google and mail the keys to Snowden’s hotel room. When the Apple and Google CEOs take off in their spiffy corporate jets and head for Moscow to meet their hero, revoke their passports and put ’em on the no-fly list so they can’t come back.