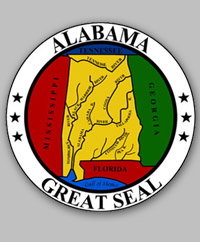 “The Crimson Tide has rolled in a bevy of big-ticket projects that have provided a solid foundation for future growth,” BF Editor in Chief Jack Rogers said, announcing the magazine’s top annual award.

“With Mercedes-Benz and Airbus anchoring its top-tier positions in automotive and aerospace manufacturing, an expanding high-tech hub and forward-thinking leadership in 21st-century workforce training, Alabama has put together a winning combination that’s tough to beat,” Rogers said.

This year, Alabama snatched a coveted jewel for its high-tech hub, Google’s $600-million data center. The state also snared Polaris’s new manufacturing facility for off-road vehicles, a plant that will create more than 2,000 new jobs. These mega-projects were part of an impressive $2.7-billion haul in capital investments for the top five projects in AL in 2015.

The arrival of Mercedes-Benz in Tuscaloosa in 1993 put Alabama on the map of prime destinations for foreign direct investment. The German auto giant doubled down this year on its long-term commitment to Alabama with a $1.3-billion expansion that will add new lines for third-generation M-class SUVs, C-Class Sedans and a new GLE Coupe, among other models.

Alabama has been wildly successful in keeping the FDI floodgates open for the past two decades, landing Airbus’ first U.S. aircraft assembly plant in 2012, a $600-million investment that will create up to 1,000 new jobs when the plant reaches full capacity. Airbus is expected to roll out its first U.S.-made A320 passenger jet at the Mobile plant next year.

The flip side of FDI is trade; Alabama has matched its FDI success with rapid growth in exports, recently expanding its global reach to South America. Gov. Robert Bentley led a trade mission to Peru, which resulted in the signing of a Memorandum of Understanding that is expected to boost Alabama exports of transportation products, agro-chemicals, plastics and medical devices to one of South America’s fastest-growing economies.

The winding-down of NASA’s space program with the retirement of the Space Shuttle fleet could have been a withering blow to Huntsville, AL, a prime NASA hub which produced the Saturn V rocket for the Apollo program as well as the Lunar Rover. But Alabama didn’t miss a beat in leveraging the existing skilled workforce in the Huntsville area as an unmatched asset for advanced manufacturing projects, backed by an extensive logistics network. These assets convinced Polaris to put its new $127-million plant in Huntsville, following on the heels of last year’s big win for the region, Remington Outdoor Company’s decision to convert and expand an old Chrysler plant into a modern manufacturing facility that will create more than 2,000 new jobs in the next 10 years.

Alabama isn’t resting on the laurels of its leadership position in workforce training, which includes on-site training facilities like the new Alabama Industrial Development Training (AIDT) center at the Mobile Aeroplex and a world-class robotics training lab. Gov. Bentley recently formed the Alabama Workforce Council to conduct top-to-bottom analysis of the intersection between higher education and workforce training, aimed at creating a pipeline of skilled workers in the state for years to come.

“It’s hard to believe that there remains a shortage of skilled workers in the United States, but Alabama has stepped forward to address this urgent need with bold initiatives that can serve as a model for the rest of the nation,” Rogers said.

A diverse growth program has been a hallmark of Alabama’s success. Shortly after he took office in 2011, Gov. Bentley created the Alabama Economic Development Alliance and ordered it to execute an ambitious strategic plan called Accelerate Alabama, concentrating on 11 major industries. Emerging growth sectors including bioscience and information technology soon augmented traditional strengths like manufacturing, forestry, chemicals and agriculture.

BF congratulates our 2015 State of the Year, the great state of Alabama.