Buffalo, NY recently held its second annual business-idea contest. The 43North competition, said to be the largest such prize pool in the nation, offers $5 million in prize money to entrepreneurs who agree to move to (or retain their start-ups in) the city 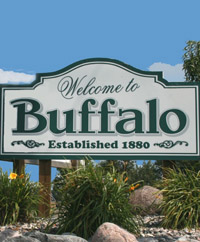 A portion of the seed money for 43North came from Gov. Andrew Cuomo’s ambitious Buffalo Billion re-development plan. According to a report in The New York Times, the contest also has private sector and philanthropic sponsors.

The 43North contest distinguishes itself from similar entrepreneurial awards not only by having the largest overall prize pool, but also by limiting the winners to less than a dozen. The grand-prize winner collects $1 million, and 10 finalists receive investments of either $250,000 or $500,000. In return, each company gives 43North a five-percent equity stake and commits to being based in Buffalo for at least 12 months.

The first 43North contest, held last year, drew nearly 7,000 applicants; the field increased to 11,000 this year. In addition to cash, 43North gives its winners a year of support services, including mentorship and free office space in 43North’s incubator space. John T. Gavigan, executive director of 43North, told the Times the competition aims to close “a significant resource gap” for early-stage businesses and to make entrepreneurship “part of the culture” in Buffalo.

Energy Intelligence, an alternative energy start-up that began in Boston, moved to Buffalo after winning $500,000 in last year’s 43North competition.

The top prize in each of the 43North competitions to date has been awarded to local companies. The latest $1 million winner, ACV Auctions, is an online auction platform that lets car dealers buy and sell wholesale inventory. The 2014 winner, ASI, is a start-up developing a new manufacturing process for metal components.

The Ewing Marion Kauffman Foundation, which funds entrepreneurship programs and scholarships, has been evaluating the results of the Arch Grants program in St. Louis, which awards $50,000 to its winners. Of the 65 companies that received grants since the program began in 2012, only five have gone out of business; six have relocated to other cities. The remaining ventures have created or retained around 300 jobs in Missouri and raised $65 million from investors.

We’re pleased to see locations put some skin in the game in the form of small equity stakes and microgrants for entrepreneurial start-ups. Mega-projects that yield quantum leaps for new growth sectors are few and far between. Building a new, homegrown economic base from the bottom up may take a bit longer, but it’s is a proven path to success.