The unemployment rates of certain segments (especially those 18-25) of veterans continues to trend above national rates according to the Bureau of Labor Statistics, despite the fact that employers stay committed to actively recruiting and hiring veterans. 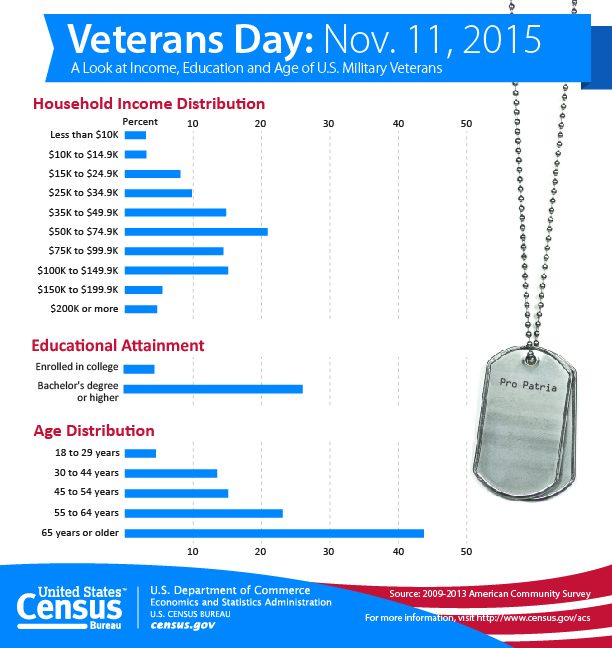 However, while talent acquisition efforts are gaining steam, veterans are considerably less content with their jobs than last year. Nearly a third of employed veterans (31 percent) say they are underemployed or in a low-paying job, up from 23 percent last year; and while 65 percent say they are satisfied with their jobs, this is a two point dip from 2014 (67 percent).

The nationwide survey was conducted by Harris Poll on behalf of CareerBuilder from August 12 to September 2, 2015, and included a representative sample of 2,529 hiring and human resources managers and 256 veterans employed in full-time positions across industries and company sizes.

“Over the past few years companies have focused heavily on marketing their veteran hiring initiatives, which was necessary and has paid off,” said Rosemary Haefner, chief human resource officer at CareerBuilder. “But employers may still not understand the skills veterans had in the military, which may land them in positions that don’t use all their skills and not get them the higher salary levels that they deserve. Veterans may have to present themselves in a different way, but once hired employers should work to ensure they have the skills they need to be successful and in challenging, rewarding roles in their civilian careers.”

While a majority (71 percent) of working veterans say they felt prepared to enter the civilian workforce after leaving active duty, this is down 10 points from a year prior. Conversely, about the same percentage of employed veterans say they knew how to write a resume this year versus last year — 66 percent vs. 64 percent.

And only a third (33 percent) said they didn’t know what industry or field in the civilian world was relevant to the type of service they performed on active duty, on par with last year.

The following are the top positions, according to employers hiring veterans this year: