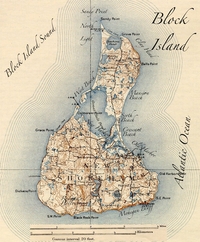 It looks like size counts when it comes to the quest for offshore wind power in the United States, but maybe not the way you think it does. In this case, smaller appears to better in terms of getting the job done.

Thus far, offshore wind energy has been the neglected stepchild of the alternative energy revolution that has been sweeping across the nation for the past five years. Massive solar-power facilities have come online in the California desert; forests of wind turbines have been hooked up to grids in Iowa and West Texas. But thus far some of the windiest environs we know of—the coastal U.S. waters of the Atlantic and the Pacific—have been off-limits to wind-energy installations.

The BF Blog has chronicled this glaring anomaly for several years, most recently when we updated you on the spectacular collapse of one of the largest planned offshore wind projects, the $2.6-billion Cape Wind installation that aimed to install 130 mammoth turbines in the waters of Nantucket Sound off the coast of Massachusetts.

Announced with great fanfare by state and federal officials in 2010, Cape Wind was set to be the first offshore wind farm in U.S. waters, generating an estimated 360-million megawatts of clean energy at full capacity. Two major utilities–NSTAR and National Grid–agreed to purchase 80 percent of the electricity produced by Cape Wind’s turbines. The U.S. Department of Energy earmarked $130 million in stimulus funding to jump-start the project; the Interior Department fast-tracked approvals.

But when the project failed to meet a critical year-end deadline to secure federal tax credits, its backers pulled out, leaving Cape Wind dead in the water. The final nail in the project’s coffin was a decision by the Massachusetts Clean Energy Center (MassCEC) to terminate its $4.5-million, two-year contract with Cape Wind to rent a 28-acre New Bedford terminal as a construction staging area for the project.

But now comes good news from Rhode Island: a small-scale project under construction in the waters off Block Island is poised to become the first operational offshore wind power facility in the United States.

According to a report in The Brown Daily Herald, five turbines planned for a project called Deep Water Wind are expected to begin producing electricity by fall 2016. According to Deep Water Wind’s website, the turbines—located three miles off the coast of Block Island–will be connected to the mainland by an underwater cable.

“We know the world is watching closely what we do here, and we’re incredibly proud to be at the forefront of a new American clean-tech industry launching right here in the Ocean State,” said Deep Water Wind CEO Jeffrey Grybowski in a company press release.

The project received $290 million in private funds from French bank Societe Generale and KeyBank National Association of Cleveland, according to a Deep Water Wind press release. Because construction of the wind turbines began before the Dec. 31, 2014 deadline that sank the Cape Wind initiative, Deep Water Wind will be eligible for federal tax credits (assessed on every hour of kilowatt-hour of wind energy produced).

According to Deep Water Wind, energy costs on Block Island could decrease by as much as 40 percent after the turbines are hooked up to the local grid. Residents currently face some of the highest electricity rates in the country, ranging from 37 to 50 cents per kilowatt hour this past year, in comparison to the average mainland cost of 14-15 cents per kilowatt-hour. The turbines will reduce carbon dioxide emissions by an estimated 40,000 tons each year and have created 300 temporary local construction jobs.

Barring any last-minute snafus, a small-scale project from Rhode Island will succeed where it’s big brother to the Northeast failed—executing a giant leap forward in the quest for America’s green-energy future. 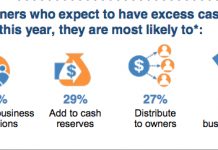 Business Owners Expect To Profit In 2015: Will Increase Hiring, Invest In Operations 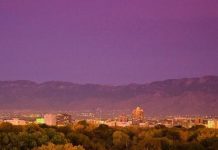 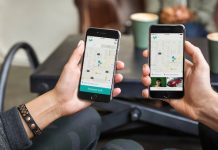