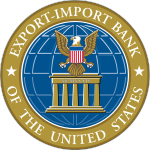 Ever since it was created in the middle of the Great Depression, the Export-Import Bank of the United States (EXIM) has served as the official export credit agency of the U.S., financing and insuring foreign purchases of U.S. goods by countries and foreign businesses. According to its charter, the EXIM bank doesn’t compete with private-sector lenders; it provides financing for transactions that would otherwise not take place because of commercial risks inherent in the deal.

EXIM helps U.S. businesses create thousands of jobs and gives our industrial giants, including Boeing, General Electric and Caterpillar, an advantage in beating their global competitors for billion-dollar contracts. The bank currently manages a portfolio said to be worth more than $107 billion. EXIM has done this largely without controversy since 1934; the bank usually turns a profit for American taxpayers. From 1992 to 2012, Congress five times voted overwhelmingly to reauthorized EXIM (usually with a voice vote or by unanimous consent, without needing to take a roll call).

But this week, the following notice appears on the EXIM.gov website: “Due to a lapse in EXIM Bank’s authority, as of July 1, 2015, the Bank is unable to process applications or engage in new business.”

As this is being written–just hours before Congress leaves town for its summer recess–the authorization for EXIM has expired and it’s not certain there are enough votes to pass a reauthorization. That’s right, the same folks who nearly defaulted on the federal debt now are trying to blow up a job-creating engine that has helped spur U.S. growth for more than 80 years.

In recent years, it’s become fashionable for aspiring politicians on both ends of the political spectrum to take potshots at EXIM. As a candidate for president in 2008, Barack Obama railed against the “corporate welfare” allegedly embodied by EXIM (nearly half its loans facilitate big-ticket deals for corporate giants, including an estimated 30 percent for aerospace titan Boeing). Since 2012, budget warriors on the right have targeted EXIM for extinction, saying the federal government has no business underwriting business loans (they also claim EXIM’s balance sheet is in the red and say “crony capitalism” dictates the outcome of the loan-approval process).

In one of those “only in America” political ironies, this month we’re treated to the spectacle of President Obama (who, we’ll note without comment, still signs all bills with his left hand) desperately trying to muster support for an EXIM reauthorization in the face of an unlikely alliance of convenience between polar opposites—think Ted Cruz and Bernie Sanders doing the Fox Trot.

To make matters worse, in the run-up to this year’s reauthorization vote administrators at EXIM have been forced to admit that more than 30 of the bank’s recent transactions are the subject of federal fraud investigations. Perhaps not since the launch of the Obamacare website has a more unfortunate pile of doggie-doo been stepped on by federal officials in public.

The outcome is uncertain for an EXIM reauthorization, but the negative impact of the failure to keep the U.S. exports bank going probably won’t be. Don’t believe us? Then listen to Jim McNerney, the chairman of Boeing, who has publically threatened to move Boeing’s aircraft manufacturing overseas if the company can no longer count on EXIM backing for its mega-deals.

“I never thought I’d see the day that U.S. companies would, in effect, be penalized by their own government for not setting up shop overseas and, in the case of Boeing, expanding our domestic production and workforce by billions of dollars and thousands of jobs,” the Boeing chairman told Politico.

We never thought we’d see the day when the polar ice caps melt, four states legalize pot and Donald Trump is the frontrunner for the Republican presidential nomination. But Congress screwing up something that’s worked well for America for nearly a century?

Yeah, we kind of saw that coming, like Groundhog Day.