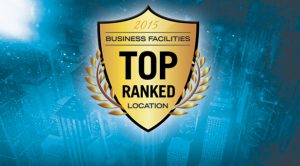 The results for 2015 (for the lowest state unemployment rate, based on second-quarter data from the U.S. Bureau of Labor Statistics) were the first in six years that did not make North Dakota the top-ranked state in this category. Nebraska led the field with a 2.5 -percent jobless rate.

“That’s the closest thing you’ll find to full employment in North America,” said BF Editor in Chief Jack Rogers, who noted that Nebraska’s achievement marks the first time since 1998 that the Cornhusker State has achieved this distinction.

“Nebraska makes a special effort to develop its homegrown talent as it develops new jobs—and to make sure these young people have a place to work where they grew up. Obviously, this effort is paying dividends,” Rogers added.

Not that second-place North Dakota, now producing nearly as much oil as Saudi Arabia from its Bakken shale deposits, has anything to be ashamed about. The Peace Garden State’s 2.9-percent unemployment rate still is among the best in the nation after receiving a small dent from the recent slump in oil prices.

Nebraska, despite a weakening of the farm economy, has created thousands of jobs in other sectors. Job-creation in NE is shifting from agriculture and manufacturing to education, health care and leisure/hospitality, with metro areas doing better than rural areas.

According to the U.S. Labor Dept., three of Nebraska’s most significant MSAs—Omaha, Lincoln and Grand Island—each have increased their overall number of jobs.