(Rochester, NY) – Columbia Care LLC has announced an agreement with the Eastman Kodak Company to repurpose in excess of 204,000 square feet of unused space to build a new, highly secured, state-of-the art medical marijuana cultivation facility and dispensary creating 250 jobs in Rochester and the surrounding region. Both the cultivation center and dispensary on the Eastman Business Park campus would serve patients regionally and throughout New York State. 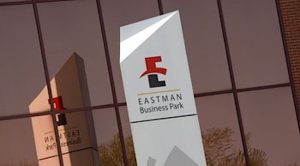 The Kodak building was originally erected in 1921 and previously functioned as a film manufacturing and finishing operations plant. The plant was shut down several years ago as demand for photographic manufacturing declined. Since the plant’s closure, there has been a significant decline in middle-wage manufacturing jobs which Eastman management is looking to revive.

“With the passage of the Compassionate Care Act, we believe New York is well-positioned to be at the vanguard of medical marijuana patient care,” said Michael Alt, Director, Eastman Business Park. “We support Columbia Care’s application in our state. They have shown proven manufacturing expertise and experience operating compliant facilities and are clearly committed not only to driving new clinical research but also to supporting their local communities, as evident in their investment in Eastman Business Park and dedication to job growth in the Rochester community.”

As one of the leaders in the medical marijuana industry, Columbia Care has been selected for licensing after rigorous vetting in five states and, over the past several years, has created one of the first and largest national medical marijuana patient registry with data from thousands of patients suffering from over 20 different disease states. This registry will serve as the basis for a number of research initiatives that the Company is sponsoring. The Company has created a consortium with multiple New York-based medical centers to expand and enhance its research efforts and to serve patients with best-in-class operations at the new facility in Rochester.

According to a recent impact study conducted by AKRF, Inc., Columbia Care’s operations in Rochester will generate a total of 195 permanent jobs and over $50 million in total economic activity within Monroe County, including direct payments made to local employees. In addition, renovation of the Kodak building for occupation by Columbia Care will support a total of 50 jobs and $7.6 million in economic activity within Monroe County over the course of the construction period. Projected amounts include benefits from the Columbia Care Research Foundation, which would award grants to local research facilities throughout New York State.*

“Our mission is renewal…renewal of individuals, their families and their communities. We are proud to announce this long-term collaboration with Kodak and are grateful to have the opportunity to develop a pharmaceutical-grade cultivation center in one of the most secured, advanced and dynamic manufacturing facilities in the United States. We are looking forward to serving patients of New York in need,” said Columbia Care CEO Nicholas Vita. “Patients are our number one priority—being a trusted community partner, as well as a provider of the highest quality products and services, is the basis for everything we do. This is an opportunity for Columbia Care to bring to all of our communities in New York the growth and vibrance we have brought to other communities throughout the United States.”

Under the terms of the agreement, Columbia Care will lease the space for a minimum of seven years with options to renew. The development of this state-wide hub for patient care is contingent upon New York State awarding a medical marijuana license in accordance with the Compassionate Care Act that passed last year legalizing marijuana for medical purposes. The award of licenses is expected to be announced by the state in mid-to-late summer of 2015.

*According to a June 2015 research study conducted by AKRF, Inc. “Columbia Care Medical Marijuana Project New York State.” The study was conducted utilizing IMPLAN, an economic input-output modeling system, and all dollar estimates are in 2015 amounts. The projected amounts include economic effects from the operation of the cultivation and dispensary facilities as well as benefits from the Columbia Care Research Foundation.