NASA has selected research and technology proposals from 254 small businesses and 39 research institutions in the United States for grants to develop new technologies that will further NASA’s journey to Mars. The proposals are solicited, vetted and managed through NASA’s Small Business Innovation Research (SBIR) and Small Business Technology Transfer (STTR) programs. Proposals that lead to the successful development of ideas and products could result in contracts with a combined approximate value of $47.7 million.

“The selected proposals demonstrate the ingenuity and creativity of America’s small businesses,” said Steve Jurczyk, associate administrator for the agency’s Space Technology Mission Directorate (STMD) at NASA Headquarters in Washington, DC. “Enabling NASA’s future missions, including human exploration of Mars, requires broad participation, and the SBIR/STTR Programs ensure the agency is benefiting from the passionate and determined minds of the private sector.” 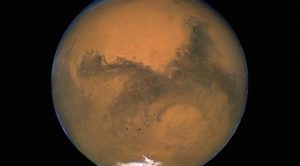 NASA is funding proposals that will enable space transportation for human and robotic missions, new ways to protect astronauts in space, and innovative ways to keep spacecraft systems operational—technologies that may, one day, find their way into the vehicles and systems used to explore the solar system. Selected proposals also include technologies that could enable landing on, traversing across and sampling asteroids, Mars or other distant destinations, searching the sky for planets outside our solar system, and studying the universe back to the beginning of time.

For example, NASA hopes to develop a cognitive space communications network with the ability to adapt to environmental changes and network growth, thereby increasing system reliability. The communications systems would autonomously sense environmental conditions, rapidly analyze the data and configure the controls to adapt to those conditions. Addressing this concept, one selected proposal seeks to demonstrate a software-defined cognitive radio that would play a critical role in the operation of this network. The radio’s software autonomously senses local and system conditions, rapidly analyses those conditions and responds accordingly.

NASA’s SBIR and STTR programs fund technologies used here on Earth, as well. Some proposals target technologies crucial to the development of next generation aircraft that are quieter and more efficient, air traffic management systems that are more capable, and improved Earth-observing spacecraft to study the planet and provide invaluable information about the impacts of climate change. This also includes technologies to advance water recovery systems. Currently, water recovery systems aboard the International Space Station are able to recover about 85 percent of water from astronauts’ urine, while the other 15 percent is left in what is referred to as brine. As water is removed from brine, the solids within the brine must be captured and filtered out. The leftover brine requires space and weight on resupply missions that could otherwise go to science and research. One selected proposal examines methods for the disposal of brine, which could have benefits in areas of the world where clean water is scarcer.

The highly competitive programs have three award phases. Phase I feasibility studies evaluate the scientific and technical merit of an idea. Phase I awards are for six months and a maximum of $125,000. Firms that successfully complete this phase are eligible to submit a proposal for Phase II, during which selectees will expand on the results of the developments in Phase I. Phase III awards examine the commercialization of Phase II results and requires the use of private sector, non-SBIR, funding. 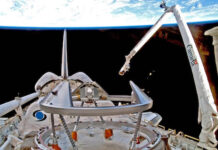 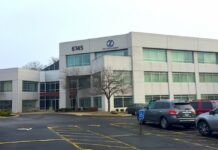