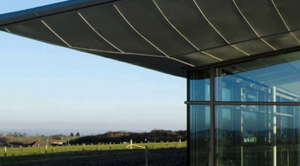 Menck Windows opened its new Chicopee, MA, manufacturing facility for custom energy-efficient windows and doors. As part of its grand opening, the company is hosting an industry summit featuring short talks from experts in advanced building technologies, emerging trends in building design, and the impact of green construction on economic development.

“Window and door innovation is at least 10-years more advanced in Europe than in the U.S.,” said Todd F. Bachelder, president of Menck Windows. “It’s important for industry professionals to see for themselves the innovative technology, creativity and ingenuity that goes into every Menck window and door, each of which is manufactured using the same advanced energy-efficiency requirements and manufacturing processes used in Europe.”

Until now, Menck had supplied its custom products to the U.S. through a distributor. With its new facility in Western Massachusetts, Menck Windows will manufacture and sell directly, which will provide more options, faster delivery and better service to architects and builders of both commercial and residential buildings throughout North America.

To fund the project, MassDevelopment issued a $5 million tax-exempt bond on behalf of Menck USA. The company used the bond proceeds to buy manufacturing equipment and renovate roughly half a 150,000-square-foot Chicopee building that was vacant for several years. Menck USA expects to create 50 jobs over the next five years as a result of the project.

“We’re pleased to help finance Menck USA’s first U.S. manufacturing facility in Chicopee,” said MassDevelopment President and CEO Marty Jones. “This partnership between Menck and Liesenfeld International, an overseas manufacturer investing in a Gateway City, represents a concrete vote of confidence in the Commonwealth and in the quality of the workforce in the Pioneer Valley.”