By Jonathan Sanders
From the March/April 2015 issue

Gov. Susana Martinez recently announced a record-breaking year of export growth in New Mexico. Total exports of New Mexico products set yet another all-time high in 2014 at $3.8 billion, an increase of more than $1 billion over 2013 figures.

Exports to Mexico from New Mexico also notched an all-time high of $1.549 billion, nearly doubling in one year’s time. The U.S. Department of Commerce estimates that every $1 billion in export revenue supports or creates 6,250 jobs. The latest export data also shows that the mix of goods being exported from New Mexico is greatly diversifying, and the state is also exporting more goods to a wider range of countries.

“This is incredibly encouraging news. It shows that more New Mexico businesses are exporting a wider range of products throughout the world than ever before,” said Gov. Martinez. “We are working to make New Mexico’s economy more diverse, and we’ve taken important steps to support manufacturers that send their products to other markets. As I’ve said many times, it is critical that we position New Mexico as a key corridor for trade in order to attract greater investment to our state. Clearly, we’re making an impact, but there’s more to do, and we need to act with urgency.”

Gov. Martinez has put forward a broad range of proposals intended to continue diversifying and growing New Mexico’s private-sector economy. These include increased investment in critical highway infrastructure; the development of additional high-tech jobs and start-ups based around products and ideas built in New Mexico; a $50-million closing fund to grow small businesses and attract investment from around the world; the expansion of the overweight cargo zone at the U.S.-Mexico border; enactment of right-to-work legislation to make New Mexico more competitive; and increased job training to make New Mexico an attractive place to hire new workers.

These efforts build upon the landmark tax reforms enacted in previous years, including the reduction of New Mexico’s business tax rate, the enactment of a single sales factor for manufacturing and the curbing of tax pyramiding for construction contractors and manufacturers. In 2014, Ernst and Young found that New Mexico’s tax burden on manufacturing investment had improved from the third-highest in the region to the best in the West.

New Mexico is moving forward with several initiatives designed to attract and develop new research, innovation, and high-tech firms by expanding the use of the Angel Investment Credit and investing $1 million in the Technology Research Collaborative (TRC).

Seamless Medical Systems, a high-tech start-up company, recently announced it will create up to 30 new jobs in the next two years with an average annual salary of $90,000. “We’re proud that innovators like Seamless Medical are helping us to further diversify our economy,“ said Gov. Martinez. “Results like these show how important it is that we continue to foster innovation and entrepreneurship to help new ideas and opportunities get off the ground right here in New Mexico.”

Angel investors provide capital to start-up companies, helping them get off the ground. Gov. Martinez intends to increase the total amount of annual credits that may be issued from $750,000 to $2 million, as well as clarify the number of investments that may qualify; extend the sunset provision, and increase the carry-forward to five years. The $1-million investment in the TRC will allow teams of researchers to compete for funding to support the development and commercialization of innovative products. The TRC requires that each project it reviews and funds be a collaboration between a national laboratory and a research university in NM.

“I have found New Mexico to be a supportive environment,” said David Perez, founder and CEO of Seamless Medical Systems. “The Angel Tax Credit is an incentive that helped me raise $2 million of capital from New Mexicans.” 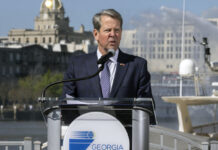 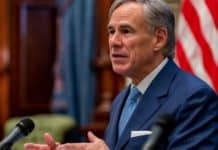 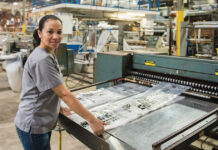 Everything Is Big In Texas—And Getting Bigger