Although the potential impact of the strong dollar is causing uncertainty, optimism among U.S. industrial manufacturers regarding the direction of the domestic economy continues to rise, according to the Q1 2015 Manufacturing Barometer, released by PwC US. The broad sense of optimism about overall economic conditions and improvements in global demand was offset by concerns about pricing and margins and the potential impact of currency on international revenues. 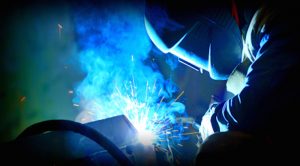 Optimism regarding the prospects of the U.S. economy during the next 12 months increased among U.S. industrial manufacturers to 76 percent during the first quarter of 2015, up from 68 percent in the previous quarter and 71 percent in the first quarter of 2014. The level of optimism reported was the highest since the fourth quarter of 2005. Optimism about the world economy also improved, but by a more modest four points to 42 percent, as compared to the previous quarter.

Despite the positive sentiment, projected company growth forecasts moderated slightly, primarily due to reduced expectations regarding the level of sales contributions from international operations. The strong U.S. dollar means foreign currency translation may have an immediate impact on revenues and free cash flow, as local currency is converted into fewer dollars. Manufacturers are also reporting a weaker pricing environment and an inability to pass through costs, putting margins at risk. On the other hand, internationally, European PMI is indicating stronger growth and concerns regarding growth rates in Asia have softened. So the strong dollar has been a mixed blessing for U.S. manufacturers, stimulating global demand and improving the overall economic outlook, but at the expense of short-term U.S. profits.

Only 19 percent of U.S. industrial manufacturers plan to expand to new markets abroad, while only 12 percent plan for new facilities abroad, both down from last quarter’s barometer. The decreased sentiment toward overseas expansion dovetailed with elevated concerns regarding the strong dollar and increased foreign competition. Along similar lines, among respondents with international operations, the projected contribution from international sales to total revenue over the next 12 months decreased to 27 percent, the lowest level since the fourth quarter of 2006.

According to the survey, plans for operational spending rose to 83 percent of respondents, the highest level in 10 quarters. Leading increased expenditures were new product or service introductions (55 percent), followed by research and development (40 percent) and information technology (33 percent).  In addition, plans for M&A increased during the first quarter, with 43 percent of respondents indicating an interest, particularly plans to purchase another business or sell part or all of their own company.

PwC’s survey also included a section on robotics systems which found that 79 percent of manufacturers are presently using such systems and 58 percent are planning to acquire more robotics systems in the next 2-3 years. Manufacturers are implementing robotics for a wide array of important applications led by assembly (64 percent), consistent high speed work (59 percent) and materials handling/packaging (51 percent), followed by visual sensors linked to computers (49 percent). While 49 percent of respondents indicated that robotics improve productivity, 69 percent noted that price and return on investment would have to be notably reduced before they can consider more installations.

Looking at perceived headwinds, survey respondents continued to identify lack of qualified workers (35 percent), legislative or regulatory pressures (33 percent) and lack of demand (29 percent) as leading barriers to growth. On the rise are two potential barriers to growth linked to the stronger U.S. dollar—concern about the monetary exchange rate/higher dollar (21 percent) and the related competition from foreign markets (17 percent)—along with pressure for increased wages (17 percent).

“The impact of the rising dollar on exchange rates has fueled increased concerns regarding the level of international sales, causing some management teams to pull back modestly on overseas investments until the outlook becomes clearer,” Bono added. “At the same time, the growing U.S. economy and ongoing competitive environment is influencing the flow of capital into research and development, information technology and transactional activity on the domestic front. We’ll be closely watching this dichotomy of spending and its potential impacts on the U.S. manufacturing environment in the year ahead.”