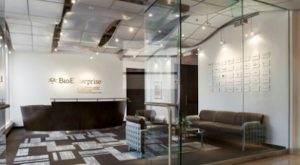 BioEnterprise has announced that Northeast Ohio biomedical companies have attracted more than $2 billion in growth funding during the past 13 years. Funding derives from local and national investors, strategic sources, state—including the Ohio Third Frontier—and federal programs. Over half of the $2 billion has been raised in the past five years. The announcement comes on the heels of the BioEnterprise Midwest Healthcare Growth Capital  Report.

“In 2002, there was a deliberate and collective effort to focus public, private and philanthropic resources on biomedical sector growth,” said Aram Nerpouni, President & CEO of BioEnterprise. “We continue to see the return on this investment. The challenge is to maintain the effort while addressing the need for more Ohio-based capital and an improved alignment between the regional talent pool and job opportunities.”

“In the early 2000s, there was a convergence of the critical components necessary for a thriving bioscience industry. Research institutions professionalized and increased their technology transfer efforts, economic development organizations nurtured entrepreneurial talent, and public and private capital became more readily available for early stage bioscience companies,” said Steve Haynes, CEO of Cleveland-based Glengary LLC and an investor in many Cleveland bioscience companies. “In 2014, we are reaping the rewards of this critical convergence as we continue to support early stage companies, while many of the companies we started several years ago are now raising many millions of dollars to continue their growth.”

Two companies started in the early 2000s that continue to grow and have raised significant funding throughout the past 13 years are Arteriocyte and NDI Medical.

Arteriocyte started in 2004 and currently operates from the Cleveland Health Tech Corridor.  The company has 88 employees in several states.

When asked to compare the environment of the early 2000s to now, Don Brown, President and CEO of Arteriocyte said, “In 2004, investors were solely focused on the coastal companies, and Cleveland was viewed as a fly-over town,” said Brown. “Today, we have investors, collaborators and strategic partners seeking us out.”

“In 2002, it was a pioneering environment in Cleveland’s nascent med-tech industry. As a startup CEO, I had no mentors and there were no VCs down the block as there were on the coasts,” says Thrope.  “Today, Cleveland is on the map as a region where good investors look to mine good opportunities.”

Santé Ventures, an Austin, TX firm, repeatedly invests in Cleveland biomedical companies.  Joe Cunningham, MD, managing director of Santé, explains the reasons behind the repeated investment: “Sante Ventures looks across the nation to find the combination of exceptional entrepreneurs and world class technology. This is a very hard combination to find. We have found it repeatedly in Northeast Ohio. I think that is because of a rare combination of world class doctors and researchers and a culture of innovation. That culture is the secret ingredient. That takes leadership and mentorship. And we have found both in abundant supply.”

“Reaching the $2 billion milestone signifies the NEO biomedical industry has reached critical mass. We have all the components of a medical capital,” said Nerpouni.