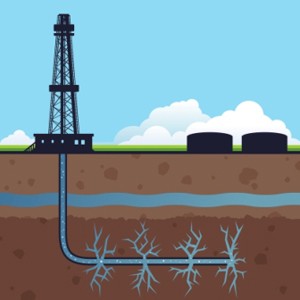 Gov. Tom Wolf has unveiled a bold vision for future economic development in Pennsylvania which seeks to leverage the Commonwealth’s most abundant natural resource and put it to work as a growth driver.

PA’s new governor has proposed to issue a $675-million bond to pay for economic development initiatives, including $225 million which would be earmarked for new energy projects. According to a report in the Pittsburgh Post-Gazette, Wolf wants to pay for the estimated $55 million annual debt service for the ED bond with a new severance tax that would be levied on the volume and value of natural gas extracted from the Marcellus and Utica shale reserves in PA. The $225-million energy piece of the governor’s development blueprint would include a bevy of alternative energy and energy-efficiency projects, as well as continued expansion of horizontal drilling for natural gas in Pennsylvania.

The Marcellus shale formation, the lion’s share of which sits under Pennsylvania, is the largest known reserve of natural gas in the U.S. The technological breakthrough of hydraulic fracturing, a horizontal drilling method known as fracking, has unlocked the potential of the Marcellus and neighboring Utica reserves; as fracking has expanded in the past 10 years, so too has the economic potential of the Rust Belt region.

By tying the fate of Pennsylvania’s alternative energy initiatives to the continued expansion of the state’s shale gas industry, Gov. Wolf has created a “symbiosis” between fossil fuels and the renewable forms of energy that are aiming to replace them, Christina Simeone, deputy director of the University of Pennsylvania’s Kleinman Center for Energy Policy, told the Post-Gazette.

“Implicit in all of this is that the [natural gas] industry has to be an economically viable sucess,” Simeone told the newspaper.

Wolf has proposed a 5-percent tax on the value of gas at the wellhead, plus 4.7 cents per thousand cubic feet of volume, with the funds directed to education, environmental protection and communities that host natural gas wells, as well as the debt service payment on the bond.

Wolf’s plan predictably has not been embraced by oil and gas industry lobbying groups, who claim the severance tax will lead to a reduction in the industry’s investment in Pennsylvania. These groups also question whether the financial windfall envisioned from the tax ($1 billion in the first year) actually will materialize; the calculation reportedly is based on the continuation of historically low natural gas prices.

According to the Post-Gazette report, the Pennsylvania Chamber of Business and Industry, which opposes the severance tax, also questioned the fairness of using revenue from a tax on gas production to support its competition in the form of wind, solar and other renewable energy projects.

The proposed energy initiatives to be funded by the bond include:

— $50 million to revive the Pennsylvania Sunshine solar rebate program, with a goal of stimulating the installation of 100 megawatts of new solar capacity at homes, small businesses, municipalities, universities, schools and hospitals in the first year;

— $30 million to businesses that adopt efficient systems that generate heat and power from the same fuel source;

— $25 million to business parks and manufacturers to connect the last few miles of natural gas distribution lines to their operations;

— $20 million to spur construction of new wind farms and support interconnection to the power grid;

— and $20 million for energy production and efficiency projects at Pennsylvania farms.

Gov. Wolf’s bold bet to double down on a future of growth tied to the expansion of natural gas drilling in PA stands in start contrast to an equally audacious position staked out by his gubernatorial neighbor to the north.

After several years spent considering the pros and cons, NY Gov. Andrew Cuomo decided to restrict fracking in the Empire State, citing environmental concerns that have been raised about horizontal drilling. The portion of the Marcellus shale formation that goes through New York also overlaps with the primary watershed for New York City, the largest system of man-made reservoirs in the nation.

We commend both governors for taking a clear stand on a critical issue that, one way or another, is going to have a long-lasting and profound impact. We’ll be watching closely as we all find out which course turns out to have been the wisest. 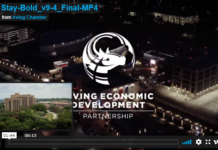 October 1, 2022
Centrally located in the thriving Dallas-Fort Worth Metroplex, Irving-Las Colinas is recognized as the “Headquarters of Headquarters,” with more Fortune 1000 global headquarters per capita than any other city in Texas.