Washington, DC continues to fall from favor among foreign real estate investors according to the 23rd annual survey taken among the members of the Association of Foreign Investors in Real Estate (AFIRE). This year, Washington was at the bottom of the five city U.S. ranking; it ranked 15th among global cities, down from last year when it was 10th ranked. 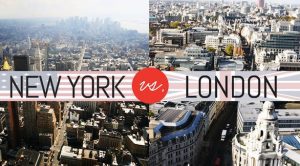 Conversely, New York has returned to its long held slots as both the #1 global and #1 U.S. city. With the exception of last year, when London nudged it into second place, New York has held the top rank, both globally and among U.S. cities, since 2010.

AFIRE member firms have an estimated $2 trillion or more in real estate assets under management globally. The survey was conducted in the fourth quarter of 2014 by the James A. Graaskamp Center for Real Estate, Wisconsin School of Business.

“For foreign investors, the allure of Washington, DC never fades,” said James A. Fetgatter, Chief Executive, AFIRE. “But unlike other cities which currently have technology and energy drivers, DC mostly depends on the U.S. government to keep occupancy in balance; given the current situation, Washington area real estate is the short term, unintended victim of Federal budget tightening. On a long-term basis, Washington, as the capital city of the free world, remains a very attractive opportunity.”

The U.S. Is A Magnet For Foreign Investment

“As it periodically has been in the past, the United States is currently the target of much of the foreign investment in real estate globally,” said Thomas Arnold, Head of Americas – Real Estate Abu Dhabi Investment Authority, and Chairman, AFIRE.  “With a stable and transparent market and an economy that appears to be steadily improving without the fits and starts experienced in other regions, the U.S. has become the first stop for foreign real estate investors. And with the continued creation of wealth in China, it is not surprising that they, along with other nationalities, are voting with their ‘dollars.'”

Two new cities, Tokyo and Madrid in fourth and five places respectively, emerged among the top five global cities. Last year Tokyo was in 15th place and Madrid ranked 13th. These cities replaced Houston and Los Angeles. For the second year in a row, Spain also ranked as the second best country for capital appreciation.

Most Stable and Secure Countries for Foreign Investment 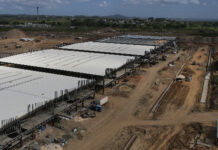 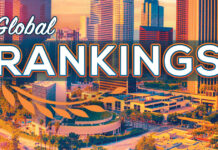 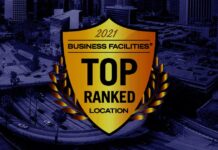