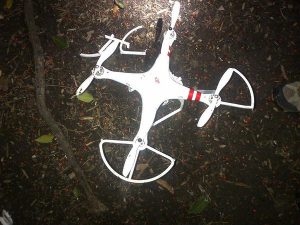 For the past two years, we’ve chronicled the lack of a serious public debate over the wisdom of unleashing a swarm of commercial and/or private drones and letting these unmanned devices roam around U.S. airspace.

Until recently, it seemed like nothing could stop the arrival of the Drone Age in America. Congress, salivating over the goodies dozens of congressional districts may reap from the projected $70-billion drone industry, has been exerting maximum pressure on the Federal Aviation Administration to clear the runways–and window ledges–for takeoff.

A couple of years ago, the FAA initially signaled it would take its time and try to address the two main concerns about drones (which it calls Unmanned Aerial Vehicles, or UAVs): 1 – How UAVs can safely be permitted to fly in domestic airspace already crowded with commercial and private aircraft and 2 – How we can keep unsavory drone operators from using their little spy cams to peep through our bedroom windows.

However, last year, it seemed as if the Feds threw caution to the wind. The FAA approved six U.S. test sites for UAVs and breathlessly predicted that as early as 2016 there could be more than 7,000 drones hovering in U.S. skies, sent up by everyone from the local cops to news organizations, model plane enthusiasts, Amazon and, eventually, your favorite pizza delivery service.

Well, it looks like FAA’s gung-ho embrace of our unmanned aerial future now may be put on hold, at least temporarily.

The big wake-up call came in the form of a toy UAV that was sent out the window of a Washington, D.C. condo a couple of weeks ago by a federal worker. The guy, who reportedly was enjoying some suds and may have been a six-pack over the limit, lost control of his little whirly-gig. Then the thing crashed on the White House lawn.

The U.S. Secret Service, still reeling from the scandal that erupted after an armed intruder was able to walk through the front door of the White House last year (he made it to the East Room before being stopped), sprang into action and surrounded the invader. The mini-UAV quickly was deemed harmless, but the fact that it penetrated what is supposed to be the most secure airspace in America undetected has induced some sleepless nights for the entire national security apparatus of the United States.

In the wake of this disturbing aerial breach, the FAA has let it be known that it’s drafting a set of drone rules that will drastically limit how commercial interests and private citizens can deploy their nifty new UAVs. According to a report in The New York Times, the new rules would prohibit drones from flying above 400 feet and require them to be used within sight of the operator.

So, if we’re sitting in our car in the parking lot of Newark Liberty Airport and we send our little friend up to 200 feet and direct it into the path of Delta’s non-stop to Albuquerque as the jet lifts off from the runway, everything’s cool as long as we can still see the little bugger?

Or, let’s say the local ISIS affiliate tapes a chunk of plastic explosive to one of Radio Shack’s toy UAVs, flies it up over the cars in the parking lot of our favorite mall, then glides it through the entrance and into the Food Court on Black Friday…well, you get the point.

Keep trying, FAA. Here’s hoping the Feds eventually land on the solution that was our starting point when we first considered the arrival of the Drone Age: except in extremely limited national security, crime-stopping or disaster scenarios which may require authorized use by government or law-enforcement personnel, drones should be prohibited from flying over the United States.

Everywhere. From sea to shining sea. 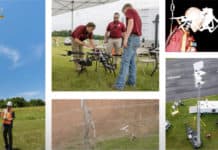 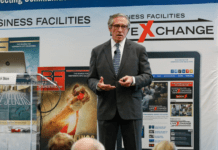 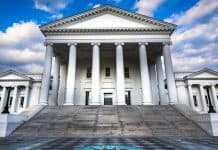